Two teens are accused of having destroyed a public menorah displayed in Ronkonkoma. 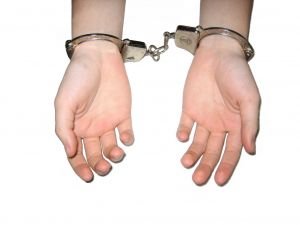 The culprits in the vandalism of a Ronkonkoma public menorah may have been found. Suffolk County police arrested two minors yesterday, December 4th, after an investigation by Hate Crimes Unit detectives led to two 15-year-old boys from Lake Ronkonkoma.

The Raynor County Park menorah had two of its arms ripped off and bulbs from the top of the display were broken on Monday of this week. According to the Ronkonkoma Chamber of Commerce, the damage cost would cost roughly $2,000 to repair and likely would not be fixed before the end of Hanukah.

Police did not identify the teens they believe were responsible for the destruction, but noted that the investigation is still ongoing. The boys were charged with Criminal Mischief in the Fourth Degree as Juvenile Delinquents, and were issued field appearance tickets for a future appearance in Family Court before being released back to their parents.