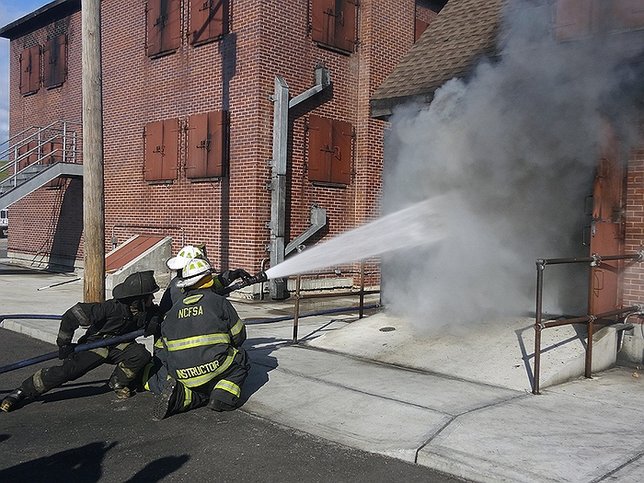 Nassau firefighters extinguish a mock living room blaze ignited by a dry Christmas tree as part of a demonstration on holiday fire safety.

Providing an eye-opening reminder of the importance of fire safety during the holiday season, the Nassau County Fire Service Academy in Old Bethpage recently hosted a tree burning demonstration to help drive home the point to residents that if sensible precautions aren’t taken – no matter what the time of year – your home can go up in flames with astonishing speed.

Nassau County Executive Edward Mangano lauded the Nassau County Fire Service Academy as the finest such instructional institution of firefighters in the nation, and thanked them for putting on such a vital event when it comes to the safety of anyone who celebrates the holiday season with something as lovely – yet potentially combustible – as a live Christmas tree. 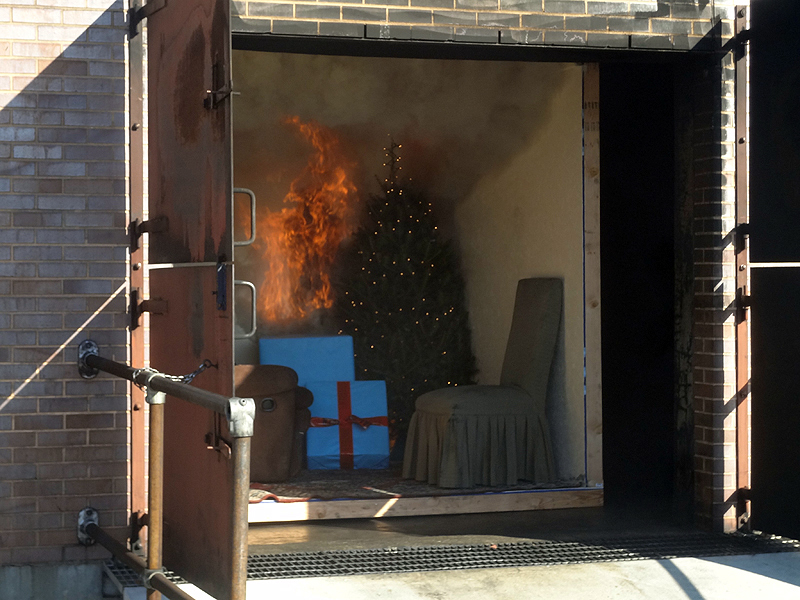 “With the Christmas season upon us, we know the hard facts…there are about 250 fires in the United States attributed to the mishandling of live Christmas trees every year,” he said. “So, we’re going to put out a number of tips so you can avoid becoming  part of that horrific statistic…, and what you’ll see here today is a live demonstration of just how quickly a fire from a live Christmas tree can engulf a home and threaten the residents of that home.”

Within the open doorway of one of the fire-proofed buildings that the Fire Academy uses for practice firefighting drills and exercises, a typically idyllic holiday living room scene was set up consisting of a couch, chair end table, gift-wrapped presents, and, of course, a festive Christmas tree adorned with lights. However, this family-friendly facade belied a hidden danger, according to Fire Service Academy Chief Instructor John P. Brown.

“The tree is a live tree…we kept it in our boiler room to dry it out and we obviously haven’t out any water in it, so it’s equivalent to a tree that has been set up in a home for about 14 days,” he said. “The tree is plugged into our electrical system, and our staff has created a short circuit in the wiring that will create a spark that will ignite the tree. This process works very well, and it’s very, very real. There’s nothing fake about it.” 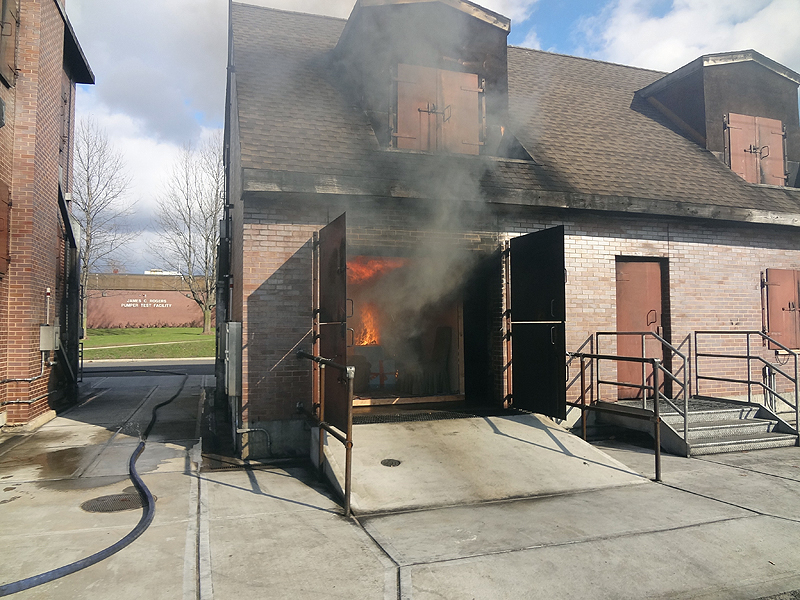 Once the short was triggered, the scene of holiday cheer was quickly transformed into a fiery inferno; within less time than it takes to type about it, the interior of the room was no longer visible from the intense fire and clouds of smoke billowing outward. After a short while, firefighters stationed on the scene began to combat the fire using water delivered via high-pressure hoses.

After the blaze was brought under control, John Murray, Chief Instructor of the Nassau County Firefighters Museum and Education Center in Garden City, emphasized just how quickly – shockingly so – that the mock living room had gone up in flames once the electrical short had been triggered.

“As you just saw, within 90 seconds the room was completely engulfed,” he said. “That’s how fast it can happen.”

Murray ran down a comprehensive array of safety tips that, if followed to the letter, should hopefully minimize any risk of a home fire during the holiday season.

“The key here is having a functioning smoke detector…that will give people enough time to escape. They save lives. And when you buy Christmas lights, make sure they are UL approved on the box, and don’t use extension cords…electrical components should be fresh and new,” he said. “And as for the tree, never buy them early, and when you buy them, pound them on the ground to make sure needles aren’t falling off…if they do, it’s already dry. And never keep a Christmas tree up in your home longer than ten days, and always make sure it has water. But after ten days, fourteen at the most, get that tree out. It’s done.” 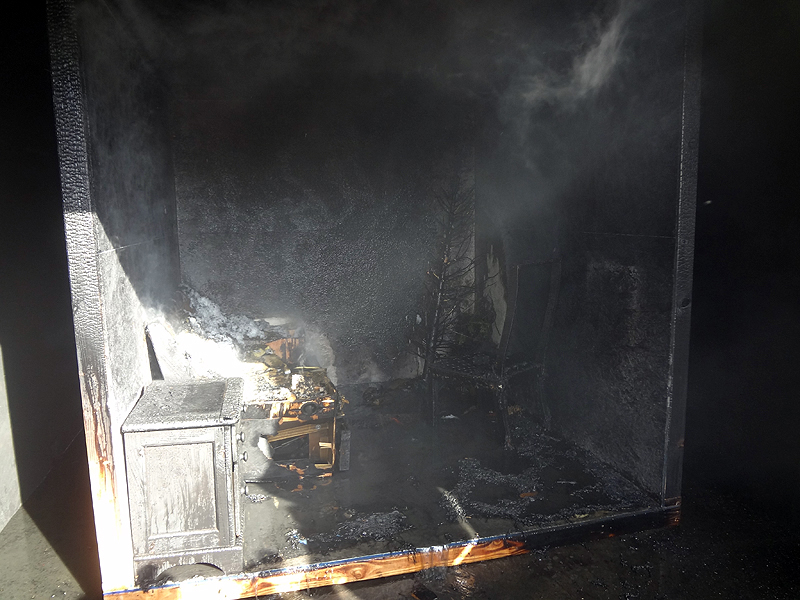 Murray also noted the placement of the tree is important; never put one next to a heating unit, radiator, or fireplace, he said, and certainly not near a staircase or an exit.

“Not a good move,” he said. “It looks very nice, very Norman Rockwell, but you need to keep it away from heat and you need to keep your exits clear so if something does happen, your family can get our immediately. Once outside, then call the fire department. Never call them from inside your house. Remember, you just saw today how fast a fire can spread.”