Almost two weeks after Hurricane Sandy, Long Island is still experiencing a gas shortage, and will now be subject to fuel rationing measures. 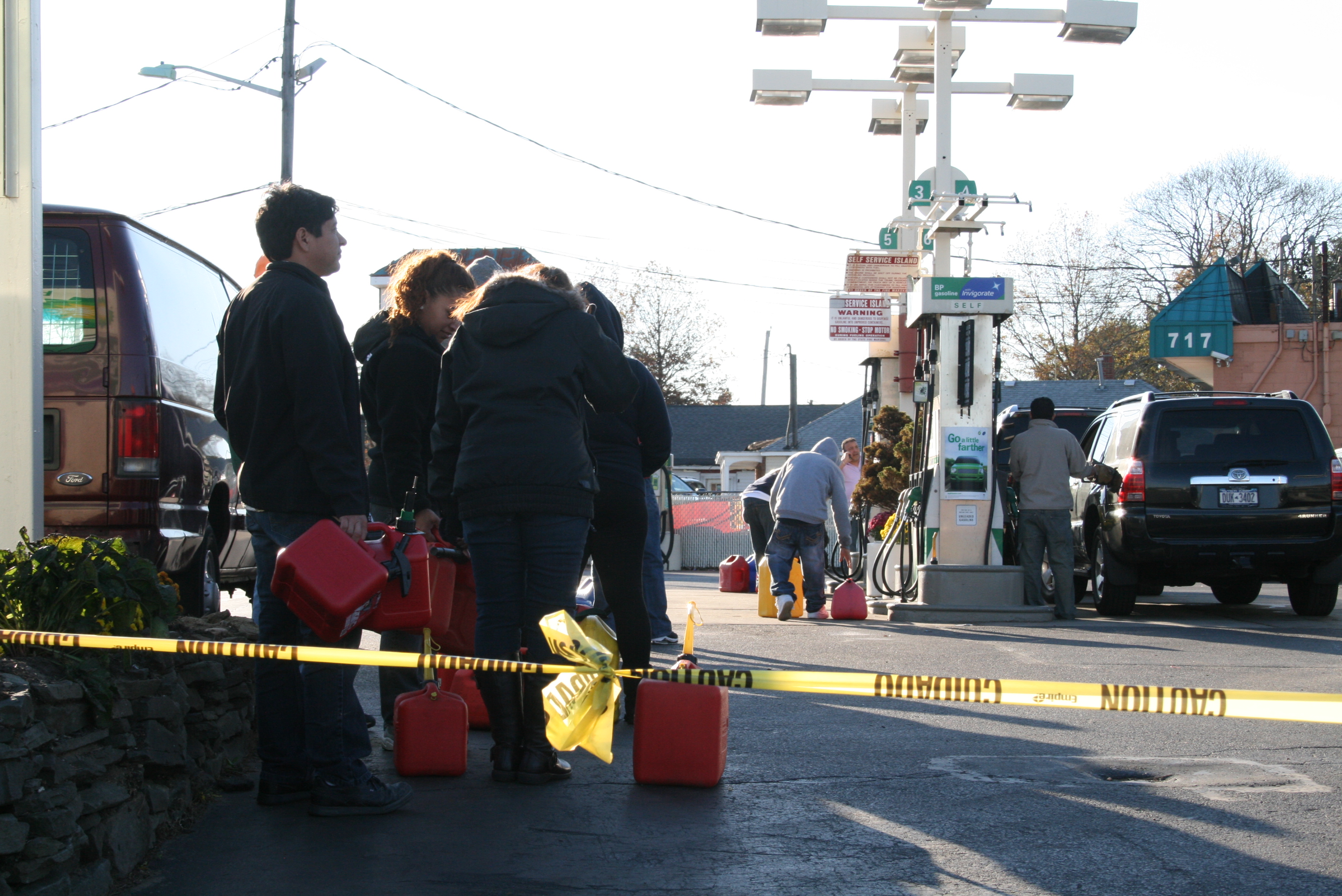 After almost two weeks of gas shortages throughout the tri-state area, Officials in Nassau and Suffolk Counties have made the decision to begin temporarily rationing gasoline in an attempt to alleviate the long lines and gas hoarding that have become a rampant problem Island wide in the wake of Hurricane Sandy. In a joint effort, Suffolk County Executive Steve Bellone and Nassau County Executive Ed Mangano announced that beginning Friday, November 9th at 5:00 AM, an alternating odd/even fuel management system will go into effect, allowing drivers to fill up their tanks on either odd or even days, depending on the last digit of their license plate. Vehicles that have license plates ending in an even number can fuel up on corresponding even days, and vehicles with license plates ending in an odd number can fill their tanks on odd days of the month. This policy will not apply to emergency vehicles, taxis & limousines, commercial vehicles, of the hand held gas canisters that many Long Islanders have been bringing to the pump. Similar actions were taken last week by Governor Chris Christie for areas affected by Hurricane Sandy, and are still in effect.

The objective of this effort is to put less strain on the still-limited gas supply, and to shorten lines for drivers who have spent countless hours waiting for fuel to run their cars and power their home generators. This will also discourage gas hoarding – a problem that has arisen out of the panic and frenzy at the pump, as many locals have been “topping of” cars regularly and filling additional fuel cans in fear of running out of gasoline. According to a statement made today by Governor Cuomo, the Nor’easter that just yesterday brought high winds, tides, and snow to New York has caused another temporary disruption in distributing fuel to the area.

Here are the details you’ll need to know before heading to the pump:

At this time, there has been no end date set for either County ending these fuel restrictions, although Officials have been adamantly trying to ease the concerns of the many anxious Long Islanders waiting to fill up. This is the first time since 1973, when an oil embargo severely limited gasoline availability, that New York has implemented such a system for rationing. Before you head to the pump, be sure to confirm that it is a day that you’re able to fill up, and confirm that your local station has gasoline before driving there.


What do you think of this Gas Rationing Plan?
Share your thoughts on this special LI Gas Crisis Forum Page on LongIsland.com.