Toyota will pay a $1.2 billion financial penalty for defrauding U.S. consumers about safety issues in Toyota and Lexus vehicles. 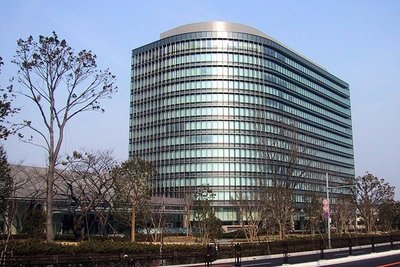 Also yesterday, The Department of Justice announced a deferred prosecution agreement with Toyota under which the automotive company admits that it misled U.S. consumers by concealing and making deceptive statements about two safety issues affecting its vehicles, each regarding unintended acceleration.

Under the agreement Toyota will pay a $1.2 billion financial penalty, the largest penalty of its kind ever imposed on an automotive company. In addition, the car manufacturer will be subject to independent monitoring of its policies, practices, and procedures related to reporting and making public statements about safety issues.

The agreement comes on the heels of a massive recall of Toyota’s model year 2012 and 2013 Camry, Camry Hybrid, Avalon, Avalon Hybrid and Venza vehicles sold in the US resulting from an issue with their air conditioning condensers and housing units.

In the fall of 2009, Toyota deceived consumers and its U.S. regulator, the National Highway Traffic Safety Administration by claiming that it had “addressed” the “root cause” of unintended acceleration in its vehicles through a limited safety recall of eight models for floor mat entrapment, a dangerous condition in which an improperly secured or incompatible all-weather floor mat can “trap” a depressed gas pedal, causing the car to accelerate to a high speed. In Aug. 2009 a family of four was killed in San Diego after a Lexus dealer had improperly installed an incompatible floor mat into the Lexus ES350 in which the family was riding. The mat entrapped the accelerator at full throttle, and the family was killed as the car sped out of control at over 100 miles per hour.

At the same time it was assuring the public that the root cause of unintended acceleration had been “addressed” by the 2009 eight-model floor mat entrapment recall, Toyota was hiding from NHTSA a second cause of unintended acceleration in its vehicles: the sticky pedal. Sticky pedal is a phenomenon resulting from the use of a plastic material inside the pedals that could cause the accelerator pedal to become mechanically stuck in a partially depressed position. The pedals incorporating this plastic were installed in, among other models, the Camry, the Matrix, the Corolla, and the Avalon sold in the United States.

After implementation of design changes for the defective pedals was planned, Toyota decided to cancel  and to suspend them. Toyota subsidiary employees who had been preparing for implementation of the changes were instructed, orally, to alert the manufacturing plants of the cancellation. They were specifically instructed not to put anything about the cancellation in writing. The cancellation was to be effected without a paper trail in order to prevent NHTSA from learning about the sticky pedal problem.

On Nov. 25, 2009, Toyota, through a U.S. subsidiary, misleadingly announced its floor mat entrapment resolution with NHTSA. In a press release that had been approved by Toyota, the U.S. subsidiary assured customers: “The safety of our owners and the public is our utmost concern, and Toyota has and will continue to thoroughly investigate and take appropriate measures to address any defect trends that are identified.” A spokesperson for the subsidiary stated during a press conference the same day, “We’re very, very confident that we have addressed this issue.” In truth, the issue of unintended acceleration had not been “addressed.”

Again, on December 23, 2009, Toyota responded to media accusations that it was continuing to hide defects in its vehicles by authorizing a U.S. Toyota subsidiary to publish misleading statements on the subsidiary’s website. Among other things, the statements assured that “Toyota has absolutely not minimized public awareness of any defect or issue with respect to its vehicles….” In fact, Toyota had “minimized public awareness of” both sticky pedal and floor mat entrapment and had not addressed the “root cause” of unintended acceleration.

“Rather than promptly disclosing and correcting safety issues about which they were aware, Toyota made misleading public statements to consumers and gave inaccurate facts to members of Congress...Other car companies should not repeat Toyota’s mistake: a recall may damage a company’s reputation, but deceiving your customers makes that damage far more lasting,” Holder said.