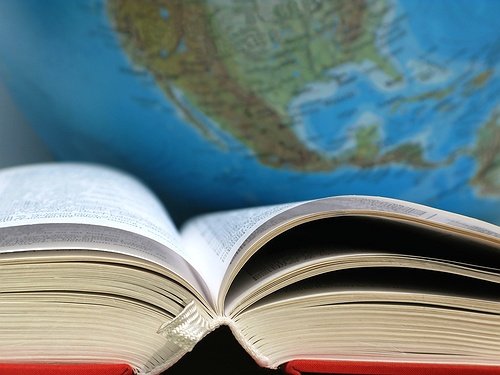 “This prestigious award recognizes students for their accomplishments in academics or the arts,” said Commissioner King.  “All of these nominees have demonstrated exceptional academic success and artistic excellence.  They are truly the best New York has to offer.”

The U.S. Presidential Scholars Program was established in 1964, by executive order of the President, to recognize and honor some of our nation's most distinguished graduating high school seniors.  In 1979, the program was extended to recognize students who demonstrate exceptional talent in the visual, creative and performing arts.

Attached are comments from the legislators who nominated the 10 finalists.

Comments by Legislators on the Finalists:

“I am extremely pleased to congratulate Mason Handy of Sharon Springs along with the rest of New York State’s finalists for a coveted Presidential Scholarship.  The moment I read Mason’s application, I knew he merited consideration for this notable honor.  He has proven himself to be an outstanding student as well as a dynamic community member.  Even more exciting though is his potential for future greatness.  I look forward to following news of his achievements as this potential is unlocked and wish him and the other New York State nominees the best of luck.” -- Senator James L. Seward

“I am thrilled that Anastasia Friedland, a student at Briarcliff High School in the 95th Assembly District, has been recognized by Commissioner King’s office as one of 5 young women and 5 young men moving on to the national level to be considered for the Presidential Scholars Award.  Anastasia has a unique story of overcoming many hardships and yet persevering to meet and surpass expectations and maintain a high academic average while she pursues her dreams, while continuing to give back to her community at the same time.  She is very deserving of this recognition and I wish her all the best in the next round of decision making.” – Assemblywoman Sandy Galef

"My congratulations to Jordan Mendoza for being successfully nominated for the Presidential Scholars Program.  I am so excited for our district, our wonderful Academy of American Studies High School, which Jordan attends, and of course the leadership of its principal William Bassell.  Our Long Island City community is so proud to see outstanding students like Jordan Mendoza be recognized for their hard work.  My thanks also to NYSED Commissioner John King for nominating this outstanding student and congratulations Jordan Mendoza!"

“We are both absolutely thrilled that Morgan Morrison, a student at New Rochelle High School, is one of ten statewide nominees for the Presidential Scholar program.   Morgan’s accomplishments are remarkable – she is an outstanding scholar, celebrated singer, recognized student leader, and tireless volunteer.  Morgan’s determination and strength of character have helped her succeed when many others would have given up.  We are very proud, but not surprised, that she has been nominated for this prestigious program,” said Assemblywoman Amy Paulin and Assemblyman Steve Otis.

"We are incredibly proud that Yonkers senior Augustin Mfodwo has been nominated by the New York State Education Department for the Presidential Scholars program.  Not only is Augustin a top student, athlete, and leader within Saunders High School, he has shown remarkable resilience and courage in facing tremendous personal adversity and challenge.  His nomination reaffirms our belief that our public schools can provide the essential tools and support for academic excellence, leadership and personal development." – Assemblywoman Shelley Mayer

"Albany High School senior Isabel Pottinger is an exceptional student who has made the most of her high school experience, having excelled both inside and outside the classroom.  Whether it is volunteering for community programs such as the Underground Railroad History Project, pursuing environmental causes and studies, running cross country, or achieving success with one of her many college level courses, Isabel has shown immense accomplishment.  I am thrilled to see her hard work and achievements recognized in the Presidential Scholar nomination.” – Assemblywoman Patricia Fahy

“I am tremendously pleased that the New York State Education Department has recognized Bradley Phelps’s achievements by advancing him on to the next round of nominations for the Presidential Scholarship Program.  Bradley represents the best of our community.  His intelligence, diligence, and tenacity in the face of adversity make him an excellent candidate worthy of this honor.  Bradley has my full confidence going forward in the selection process, and I wish him the best of luck.” – Assemblyman Al Stirpe

“I want to congratulate Courtney Wagner and her family on this tremendous honor.  As one of only 10 students in the entire state to be selected as a Presidential Scholars Program nominee, she is a true credit to her school and her community.  Courtney’s dedication to academic success and her courage in the face of personal adversity are truly heroic.  This achievement demonstrates she is one of the brightest young people in New York.  I wish her luck as her nomination moves to the national Commission on Presidential Scholars for consideration.” -- Assembly Minority Leader Brian Kolb

"I am very pleased that John Slator was recognized by the Commissioner and will move forward in the Presidential Scholars nomination process.  John is a bright and courageous individual who exemplifies our best and brightest, and he is highly deserving of this honor.” -- Senator David J. Valesky

“I would like to congratulate Ms. Beatrice Brown who has led by example and has proven to be a great role model to her peers while overcoming hardships because of the past two hurricanes.” -- Assemblyman David McDonough