Altice USA made headlines when they announced their intention in 2015 to acquire Cablevision, completing the deal on June 21, 2016. 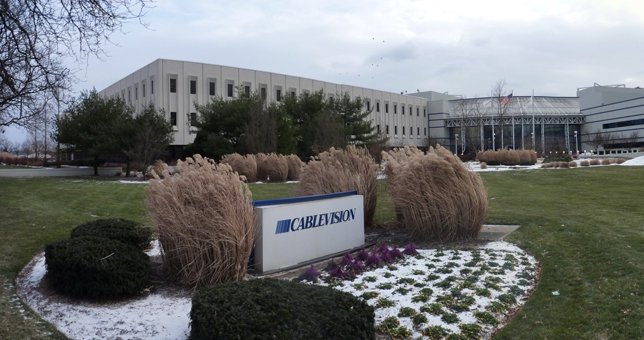 Bethpage, NY - November 16, 2017 - Bethpage-based Altice USA, the subsidiary of multinational telecom company Altice NV which made headlines for their acquisition of Cablevision, has reported a third-quarter loss of $182 million, resulting in drop in the price of the publicly-traded company’s stock, according to Long Island Business News.

Altice NV, who initially entered the U.S. market by purchasing Suddenlink Communications for $9.1 billion in 2015 and re-banding the property as Altice USA, sparked additional attention when they announced their intent in 2015 to acquire Cablevision, a local cable television company with systems serving areas surrounding New York City. The sale was made for $17.7 billion, a deal broken up into a $10 billion cash payment and the assumption of Cablevision’s debt by Altice USA in the amount of $7.7 billion. The move roundly criticized and opposed by local media watchdog groups such as the Fair Media Council, which cited concerns over the burden of debt Altice stood to assume, in additiona to claims of the company’s reputation for diminished services and lack of experience in the New York marketplace.

Despite opposition, Altice went forward with the Cablevision acquisition, and the Federal Communications Commission approved the move in May 2016, with Altice completing the deal on June 21, 2016 by agreeing to pay $34.90 for each share in Cablevision and a 22 percent stock premium. Upon purchase the company dropped the Cablevision moniker, with the consumer branding going forward being solely Optimum; all corporate aspects, in contrast, now adhere to the Altice USA name. However, the current plan is to re-brand the property in its entirety by the second quarter of 2018 solely under the Altice USA brand.

Altice USA became a publically-traded company in June 2017, and raised an impressive initial public offering of $2.2 billion, with their shares going for $30 at the time; more recently – and especially in light of Altice’s recent third quarter losses – their stock is trading at $20.83 as of 11:01 a.m. EST on Nov. 17, according to Bloomberg. Other issues that may have contributed to Altice USA’s stock dropping in price include the Nov. 14 announcement that activist hedge fund Jana Partners had exited their stake in the company, to the tune of 200,000 shares in total.

The sizable third quarter loss represents an increase over the $172.5 million loss the company posted during the same period last year, before becoming a publically-traded company; however, after having been previously listed as “neutral,” multinational finance company Goldman Sachs has recently restored Altice USA’s stock to “buy” status, showing that the stock nonetheless has potential for upward mobility in the eyes of investors.

And despite the posted losses, Altice USA has reported that their year-to-year earnings were $2.327 billion, and their sizable debt – currently clocking in at approximately $21.14 billion – represents an improvement in the amount of $196 million from their second financial quarter, according to Long Island Business News.

Altice USA is the fourth-largest cable provider in the United States, owning well-known brands such as Optimum (formally Cablevision) and Suddenlink; their operations are primarily situated within the New York Tri-State area, in addition to some regions in the south and Midwest. Altice USA offers services such as broadband internet, cable television, telephone services, Wi-Fi hotspot access, and exclusive in-house broadcasting content, being the parent company of News 12 Networks – including News 12 Long Island – as well as owning a 25 percent minority stake in Newsday.

Altice’s services are engaged by nearly 5 million customers – covering both residential and businesses – throughout 21 states. Altice USA also recently announced plans to launch its own wireless carrier using Sprint’s network, although an exact date of when this would take place has not yet been made known.