Last Summer a hit-and-run turned fatal when Thomas Costa struck Karen Benjamin while she was taking a morning jog. 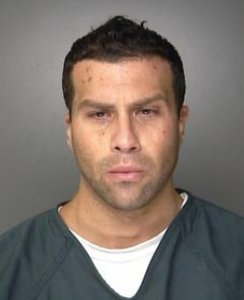 Last Summer 31-year-old Thomas Costa struck Karen Benjamin with his BMW  while she was jogging on Canal Road in Mount Sinai. Costa fled the scene and left Benjamin severely injured along the side of the road. For three weeks she stood comatose in Stony Brook University Hospital before eventually passing away.

Costa was arrested a month later in August and now he pleads guilty to Leaving the Scene of a Motor Vehicle Accident Resulting in Death or Serious Physical Injury. He received a sentencing promise from the Central Islip Court and now faces two to six years in prison. Despite the promise of jail time, District Attorney Thomas Spota feels Costa should be charged with a harsher sentence.

“It is difficult to believe the maximum sentence for this prior convicted felon is only two and one-third to seven years behind bars,” District Attorney Spota said. “This crime deserves the same sentence as manslaughter, a five to 15 year incarceration, and I urge residents to contact your elected state officials to tell them hit and run drivers who are captured and prosecuted must face tougher consequences for their actions.”

Suffolk County Police discovered the identity of the hit-and-run driver was Costa in August. The combination of eyewitness reports and the forensic analysis of car parts collected at the crime scene helped the county crime lab narrow down the make and model of the car. After going from house to house, the SCPD’s Vehicular Crimes Unit found a damaged BMW that fit the description in Costa’s parents house.

Detectives questioned his parents and found he arrived home 18 minutes after the crash. When they inspected the car they saw the side mirror was completely knocked off, and Benjamin's blood was on the BMW.