The final season dates and updated regulations for 2016-17 waterfowl hunting is now available. 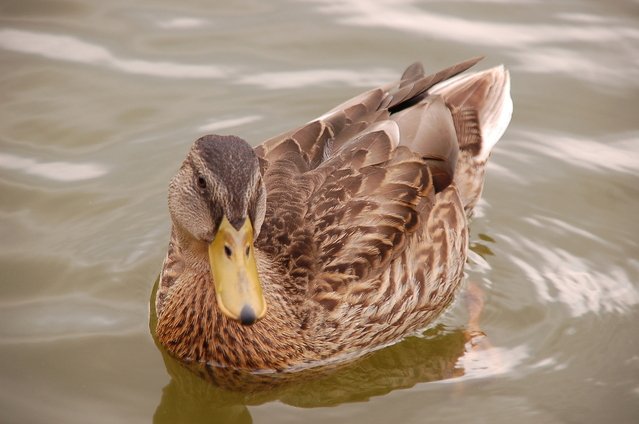 "New York's diverse wetlands, rivers, lakes and streams provide abundant opportunities for waterfowl hunting, and through our careful management, hunters have many seasons across the state to enjoy this tradition from September through April," said Commissioner Seggos. "Each year, DEC uses the best available science and data from hunters to establish optimal season dates, and I commend the team of talented DEC staff and dedicated volunteer task force members who worked to maximize waterfowl hunting opportunities."

Youth Waterfowl Hunting Opportunities
Duck hunting seasons begin with designated "youth waterfowl hunts" in each zone of the state. These youth hunts are great opportunities for junior hunters (12 to 15 years of age) to be accompanied by a licensed adult hunter (including those with current Harvest Information Program registration and duck stamp - see below) and learn the skills necessary to become a successful waterfowl hunter. The adult should not possess a firearm while accompanying a youth who is hunting ducks on any of these days. The daily bag limits during the youth hunts is the same as during the regular season. The youth hunts are held on weekends in each zone of the state, as follows:

The most significant change to waterfowl seasons occurred in the Long Island Zone. The "Special Sea Duck Season" in coastal waters has been eliminated due to sea duck population concerns. Sea ducks may still be taken during the regular duck season throughout New York State, and sea ducks will count toward the regular duck limit. Also, crippled sea ducks may still be legally taken under power in the previously described "Special Sea Duck Area."

A full explanation of hunting season rationales, developed by the hunter task forces, can be found on DEC's website.

Goose and Brant Season Overview
The September Canada goose seasons begin on September 1 throughout Upstate New York, and on September 6 for central and eastern Long Island, providing an additional 50 days to pursue these popular game birds during this fall and winter. Resident geese remain abundant in many areas of the state with the population estimated to be approximately 240,000 birds statewide, and migratory populations that pass through New York were estimated to be similar to recent years. Hunters are reminded that Canada goose seasons are set for different geographic areas of the state than other waterfowl seasons, so be sure to review the maps and season dates closely. Canada goose season dates and bag limits in most areas are similar to last year.

A special conservation season for snow geese, in addition to the regular hunting seasons in each zone, will be open in all of Upstate New York from January 16 through April 15. These birds have become so abundant that they are causing harm to wetland habitats throughout their range. Special seasons have been established in many eastern states and provinces to increase hunter harvest and help reduce this population. The daily limit for snow geese is 25 per day, and there is no possession limit. Electronic calls and shotguns capable of holding more than three shells may be used to take snow geese at any time when all other waterfowl hunting seasons are closed.

Hunting Safety
Commissioner Seggos reminds hunters to follow simple safety guidelines and to use good judgment when choosing a time and place to hunt. Being considerate of other people enjoying the outdoors or who live nearby can help avoid potential conflicts and ensure a safe and enjoyable season. Hunters should be considerate and look to minimize disturbance of local residents whenever possible. More information about avoiding conflicts between waterfowl hunters and waterfront property owners is available.

For More Information
New York's 2016-2017 Waterfowl Season and Bag Limit Pocket Guide is available on the DEC website, and hard copies are available from regional offices or by email.

NY Fishing, Hunting and Wildlife App
DEC also encourages hunters to download the New York Fishing, Hunting & Wildlife App on the Apple App Store or Google Play store, or by going to the Pocket Ranger website. This FREE, cutting-edge mobile app gives both novice and seasoned outdoorsmen and women essential information in the palm of their hands. Powered by Pocket Ranger® technology, the official app for DEC will provide up-to-date information on fishing, hunting and wildlife watching and serve as an interactive outdoor app using today's leading mobile devices. Using the app's advanced GPS features, users will be able identify and locate New York's many hunting, fishing and wildlife watching sites. They will also gain immediate access to species profiles, rules and regulations, and important permits and licensing details.

The app provides plenty of additional features to maximize any outdoor adventure: