Snow and sleet, changing over to heavy rain by the evening, is expected to create a difficult rush hour commute. 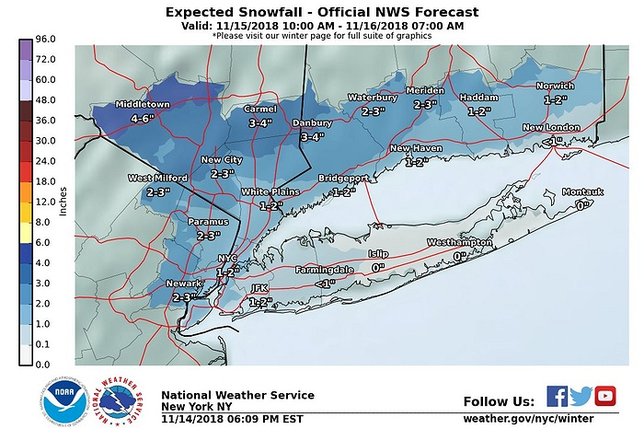 Long Island, NY - November 15, 2018 - With temperatures dipping in the past week or two, coupled with the consistent precipitation hitting our area recently, it was only a matter of time before the season’s first bout of snow befell Long Island…that that time is today, according to the National Weather Service (NWS).
Thursday is starting out frigid and cold, with temperatures forecast only in the 30’s; by mid-day temperatures should hit a high of about 38 degrees, with wind-chill values between 25 and 30. Starting in the early afternoon, the NWS says that snow and sleet will begin to hit our region, resulting in an acclimation of up to two inches in some areas, mostly on grassy surfaces on the south shore of Long Island. Chance of precipitation is 100 percent. Wind will also be a factor Thursday afternoon, with gusts of up to 34 MPH possible. Chance of precipitation is 100 percent. 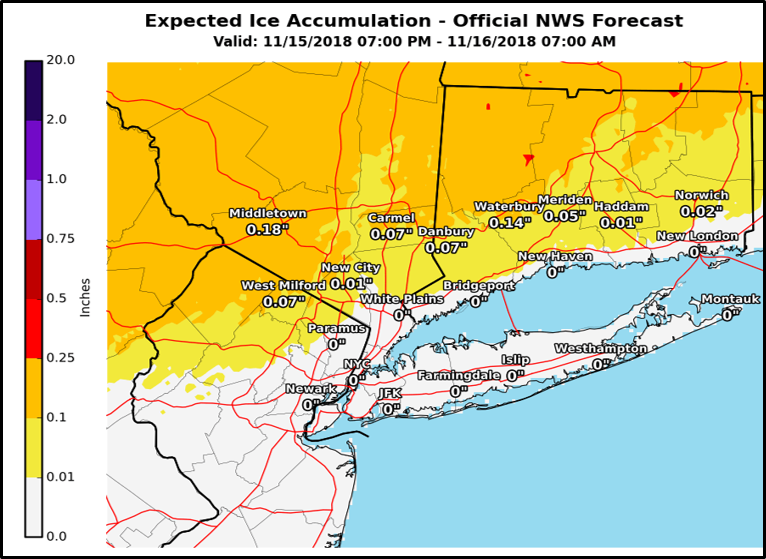 Snowfall totals are expected to be far more significant north of Long Island, particularly in upstate New York.
By early evening, heavy rain will mix into the snow and sleet, eventually transitioning over fully to rain the form of a full-on torrential downpour. Temperatures at this time are expected to rise to as high as 46 degrees. Due to the rain and rising temperatures , little to no snow and sleet accumulation is expected. Winds are expected to increase, however, with an east wind hitting at 18 to 25 MPH, with gusts of up to 46 MPH possible. Again, chance of precipitation is 100 percent.
Thursday’s rush hour commute is expected to be severely impacted as a result of weather conditions, creating significant traffic delays. Motorists are urged to use caution and to be on the lookout for flooding on roadways and under bridges. 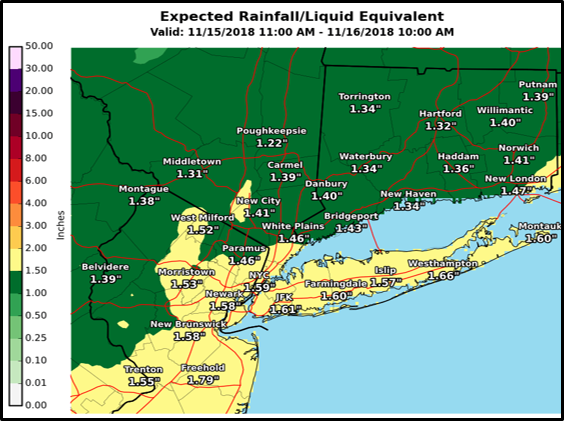 A coastal flood advisory is in effect from 1 a.m. to 5 a.m. for the South Shore of Nassau County and western Suffolk County, as well as for the western Long Island Sound from 4 a.m to 7 a.m. on Friday. A small craft advisory is also in effect on Thursday from 1 p.m. to 6 p.m. on both the north and south shore.
Rain is expected to continue throughout the night before tapering off Friday morning.
PSEG Long Island has released a statement, noting that they are closely monitoring and are ready for the season’s first forecast of snow, sleet and rain expected to hit the service area Thursday. In preparation, PSEG Long Island has performed system checks on critical transmission & distribution equipment and ensured the availability of critical materials, fuel and other supplies.
Stay connected:
Stay safe: 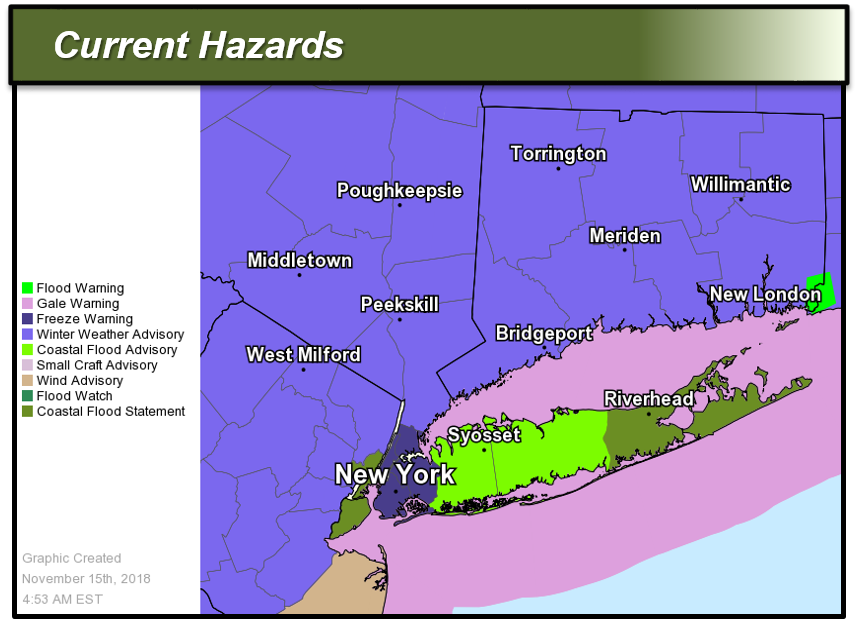 Weather forecast for the next several days, as per NWS: