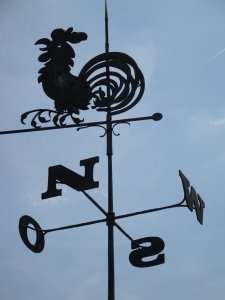 New York, NY - March 12, 2014 - Attorney General Eric T. Schneiderman is calling on the U.S. State Department to withhold any decision on the Keystone XL project until first analyzing the full climate change pollution impacts –to New York and across the United States – of the proposed project and related means of oil transport.  The Attorney General submitted comments to the State Department as it prepares to determine whether the Keystone XL project serves the national interest.  His comments aim to ensure that the cumulative climate change impacts of the project are considered before a final decision is made on the proposed project.

"In the wake of Hurricane Sandy, New Yorkers know first-hand the catastrophic risks posed by climate change. Climate change is the single greatest environmental threat of our time, and one that poses a clear and present danger to our state and to our nation," Attorney General Schneiderman said.  "Keystone XL and related tar sand oil transport projects will result in large amounts of climate change pollution. For that reason, the federal government must fully account for these emissions and their contribution to climate change.  In the absence of a complete assessment of the climate change impacts of this and associated transport projects, the federal government simply cannot determine whether Keystone XL will serve the national interest."

The proposed Keystone XL pipeline would transport heavy crude oil extracted from tar sands located in Alberta, Canada, approximately 875 miles across the United States to Nebraska. (The oil would then be sent, via pipelines and other means, to the Gulf of Mexico for refining and sale). The project requires federal approvals and permits, including a determination whether the proposed project serves the national interest – a determination that involves consideration of many factors including environmental and economic impacts, and compliance with relevant federal laws.

The National Environmental Policy Act (NEPA) is one such federal law.  Under NEPA, federal decision-makers must consider the environmental impacts of the project in an environmental impact statement (EIS) before deciding whether to grant necessary approvals and permits.  NEPA requires an EIS to examine the direct, indirect and cumulative impacts of a proposed project.  Since many impacts do not occur in isolation, the Act uses "cumulative impacts" to account for how an individual project's impacts combine with and add to the impacts of "other past, present or reasonably foreseeable future actions."

The Attorney General’s office estimates that if the cumulative impacts of the Keystone XL pipeline and other tar sands oil transport means were accounted for, they would collectively emit 605 to 3,740 million metric tons of additional climate change pollution to the atmosphere over the 50-year lifetime of the project.  These emissions are two to 14 times New York’s 2008 total climate change pollution emissions of 254 million, and approach the United States’ total 2011 gas emissions of 6,702 million metric tons.

In April 22, 2013 comments on the State Department’s draft EIS for the proposed project, Attorney General Schneiderman argued that the draft failed to recognize and fully address the amount of climate change pollution that will be emitted if Canadian tar sands oil is moved to market via present and future pipelines and other means of transport, including the proposed Keystone project.  On a lifecycle basis, tar sands crude oil produces approximately 17% more climate change pollution than other forms of crude.   Nonetheless, on January 31, 2014, the State Department issued a final EIS failed to include an analysis of the cumulative climate change impacts of the Keystone XL pipeline, as well as other past, present, and reasonably foreseeable means of transporting the tar sands oil to the United States.

For this reason, the comments submitted to the State Department last week label the final EIS as arbitrary and capricious, and not in compliance with the requirements of NEPA. Accordingly, Attorney General Schneiderman called on the State Department to withhold any determination of whether the Keystone XL project serves the national interest unless and until the EIS has been amended to include an full analysis of the cumulative climate change impacts of the proposed pipeline project and other past, present and reasonably foreseeable means of transporting tar sands into the United States.

The Attorney General’s comments can be viewed here.