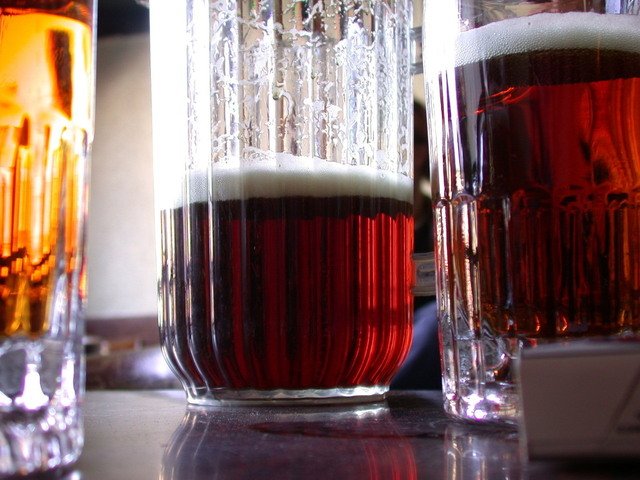 Legislation allows for the creation and operation of custom production centers.

Photo by: Dave B., via Free Images.

This bill (S.1227B/A1100B) allows for the creation and operation of custom beer, wine, and cider production centers that will rent space and equipment to those looking to produce beer, wine, or cider for home consumption.

"The craft beverage industry has taken this state by storm, and more and more New Yorkers want to try their hand at making the next great Empire State beer, wine, or cider," Governor Cuomo said. "This new law builds upon this increased interest, supports local agriculture, and breaks down artificial barriers to allow innovation and creativity to flow."

New York's craft beverage industry is one of the fastest growing in the nation, however many urban and suburban residents often cannot afford or do not have access to the appropriate space or equipment to make homemade beer, cider, or wine in their homes or apartments. These custom production centers not only provide space and lower the overhead costs of production, but they also provide amateur brewers and wine and cider makers with the local ingredients and expert training needed when first starting out.

The new custom beer, wine and cider production centers will be regulated by the State Liquor Authority.

Senator David Carlucci said, "Providing places in the community for people with shared interests to come together has always been important to me. The creation of these custom centers will allow neighbors to receive training and share equipment. New York’s beer, wine, and cider industry is blossoming, and this legislation will allow the talent pool to thrive. Moreover, the bill will have a positive effect on the agricultural industry in New York State, as more producers will look to use locally-grown grapes, apples, hops, and barley. I thank Governor Cuomo for signing this important bill into law."

Assembly Agriculture Committee Chair Bill Magee said, "This opens the door to allow hobbyists, farmers, students, and aficionados of craft beverage brewing to partake in small scale production in a custom center, fully equipped with all the amenities of the trade. Not only will this increase interest in craft brewing and wine making, it will benefit sales of New York agricultural products used in wine and beer production, while creating a new market base for the newly licensed custom crush facilities."

Building on Prior Industry Reforms to Grow New York’s Economy
This laws build on the progress made by the Governor over the past five years to strengthen the craft beverage industry. Since 2011, the state has implemented a multitude of significant reforms and expanded programs to grow the craft beverage industry, including creating new farm-based manufacturing licenses, launching a $60 million statewide promotional campaign and hosting wine, beer and spirits summits across the state.

In just the past year, Governor Cuomo has signed legislation to modernize the Alcoholic Beverage Control Law by allowing for the sale of alcoholic beverages at on-premises establishments before noon on Sunday, as well as enabling farm wineries, breweries and cideries to sell any New York-made farm alcoholic beverage by the glass at their production facility or off-site branch store.

Under the leadership of Governor Cuomo, New York is now home to over 500 farm wineries, breweries, distilleries and cideries. The number of farm wineries in New York has increased by over 60 percent, from 195 in 2010 to 315 today while the number of farm distilleries grew from just 10 in 2010 to 95 today. Two new licenses have been created since 2011: the farm brewery license in 2013 and the farm cidery license in 2014, with New York now home to 129 farm breweries and 22 farm cideries businesses.