A.G. Schneiderman Announces Settlement with Vietnam Veteran's Charity and Its Founder For Squandering Millions in Donations

NVVF has operated nationwide since 1992 and began soliciting in New York in approximately 2008. 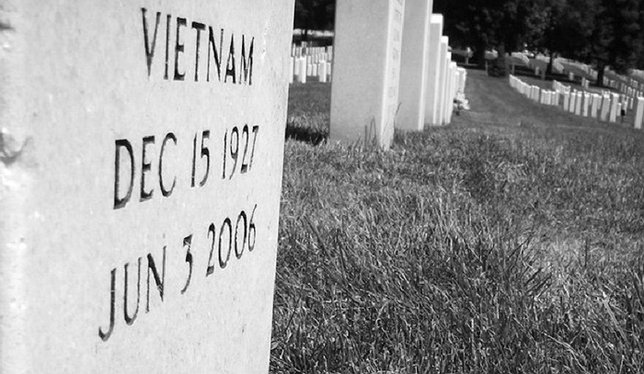 Schneiderman: This organization took advantage of the good will of millions, yet failed to fulfill nearly all of its promises to help those who have sacrificed for our nation.

NVVF has operated nationwide since 1992 and began soliciting in New York in approximately 2008.  By 2014, NVVF was collecting nearly $9 million nationwide from its fundraising campaigns, soliciting small dollar donations from the public through direct mail and phone calls -- purportedly to help Vietnam Veterans.  Nearly all of the money raised through its direct mail campaigns was instead used to pay its fundraisers.  For example, in 2014, $7.7 million of the $8.6 million raised was used to pay NVVF’s fundraisers.  The fraction that actually made it to NVVF was further reduced by a pattern of abuse, mismanagement and misspending by NVVF’s former President, Burch.

“There is nothing more shameless than exploiting military veterans in order to enrich oneself.  The actions of this charity and its founder are appalling,” said Attorney General Schneiderman.  “This organization took advantage of the good will of millions, yet failed to fulfill nearly all of its promises to help those who have sacrificed for our nation.  This settlement sends a clear message that charities will not get away with fleecing donors in New York.”

“VA employees are held to high standards and are afforded a special public trust to execute their duties properly for the benefit of veterans and the American people,” said Michael J. Missal, Inspector General, U.S. Department of Veterans Affairs, Office of Inspector General. “The VA OIG's investigation found that Mr. Burch engaged in conduct prejudicial to the Government, and misused his position and government equipment for his own personal enrichment. As a lawyer for VA with ethical, fiduciary, and professional obligations, his conduct is particularly disturbing and repugnant.”

As part of the settlement, Burch paid $100,000 to the Attorney General, most of which will be re-directed to charities actually helping veterans.  Burch also repaid his severance pay received from NVVF and will cooperate with ongoing investigations into others associated with NVVF and its fundraisers.  Burch will also be subject to a permanent nationwide bar on access to charitable assets or decision-making.

Burch issued an apology to donors of NVVF and to Vietnam Veterans whom he exploited in order for fundraisers to collect money.  Burch also admitted that NVVF had paid 90% of its donations to its fundraisers and admitted to deceptively marketing how solicited money would be spent.   In the settlement, Burch admits to the Attorney General’s findings and to his misconduct, including the following:

For its part, NVVF will cease fundraising in New York as of June 2016 and will cancel its registration to solicit donations in New York and initiate steps to dissolve in its home state by the end of this month.

Kaufman, NVVF’s Vice President, will be subject to a permanent nationwide ban on handling charitable assets going forward and agreed to cooperate with the ongoing investigation into those associated with NVVF.  Kaufman will remain as Vice President only to assist with NVVF’s orderly dissolution and distribution of the NVVF’s assets subject to the Attorney General’s approval.

The Foundation and Kaufman admitted that NVVF had made false filings with the Charities Bureau, including failing to disclose the identity of the fundraisers that operated on its behalf in New York, all fees associated with its fundraising activities, and the Foundation’s top independent contractors.  NVVF and Kaufman also admitted that much of NVVF’s money was not spent in the way NVVF described in its solicitations – to immediately provide Vietnam Veterans in need with fundamental benefits such as food, shelter, hygiene and money for phone calls.  Instead, thousands of dollars were spent by NVVF on purported consultancies and studies to be performed by friends or relatives of NVVF directors which work product was never released to the public, and on travel for its board of directors, including a trip to Normandy, France, in 2014.

Agreements can be found here and here.

The A.G.’s Tips for Charitable Giving are available here.

More information about the Attorney General’s Charities Bureau and organizations regulated by the Bureau may be found at www.charitiesnys.com.