he Public Information Office reports an arrest for Driving While Intoxicated on Sunday, November 08, 2015 at 1:56 P.M. in Hempstead. 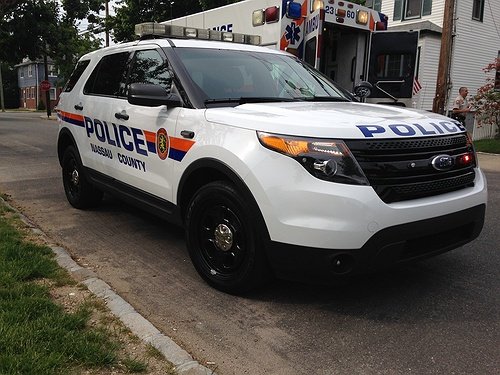 Hempstead, NY - November 9th, 2015 - The Public Information Office reports an arrest for Driving While Intoxicated on Sunday, November 08, 2015 at 1:56 P.M. in Hempstead.

According to detectives, Mardoqueo A. Lemus, 36, of Glenmore Avenue, Hempstead was driving northbound on S. Franklin Avenue when he was involved in an auto accident with another vehicle in the vicinity of Peninsula Boulevard. During the investigation it was determined Lemus was under the influence of alcohol.

The passenger in the vehicle was his four year old son who was not in a car seat. The female driver of the second vehicle was taken to an area hospital for treatment of minor injuries.  No other injuries were reported. The four year old was picked up at the scene by a family member.