William Floyd High School student researchers recently discovered a new species of insect, findings that are set to be published in GenBank. 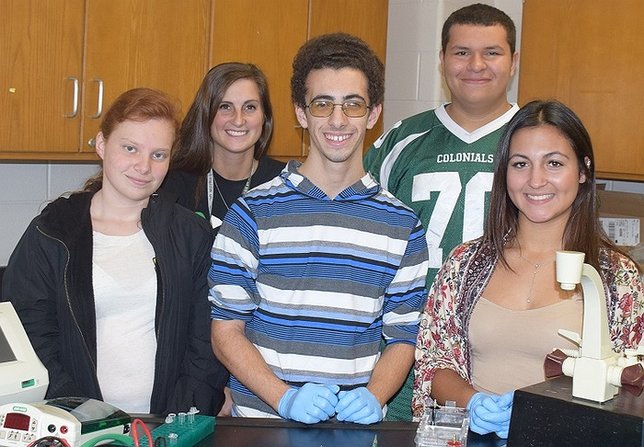 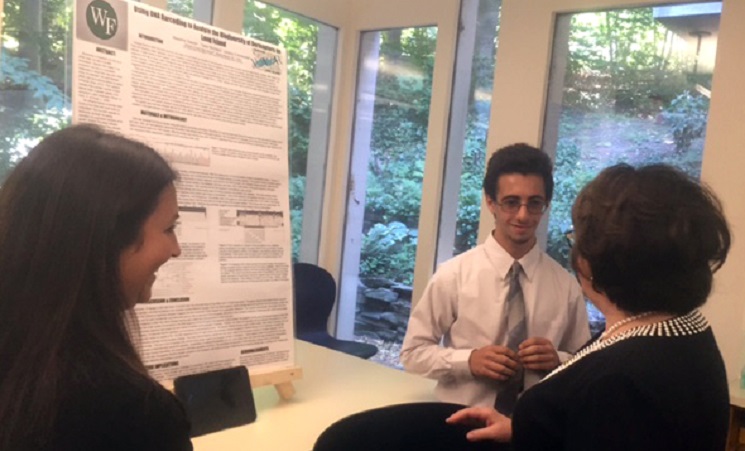 Massimo Saputo and Taylor Bombaci, both seniors, have been working for several years on a project titled, “Using DNA Barcoding to Analyze the Biodiversity of Dermaptera on Long Island,” in which they collected 20 samples of earwigs from two distinct locations, a coastal region at the Manor of St. George along the Carmans River estuary in Mastic and a more inland location of Southaven Park in Yaphank.

Saputo and Bombaci used DNA barcoding, a unique pattern of DNA sequencing that identifies each living organism similar to a barcode in a consumer product, to determine if there is a significant difference in the biodiversity of earwigs between the two locations. The student researchers obtained DNA from 14 of the 20 samples; of those 14, seven were identified as European Earwigs and seven were believed to be Maritime Earwigs. However, after closer inspection, the samples thought to be Maritime Earwigs did not match the known genetic sequence. The findings suggest that the samples were a novel species with a closer genetic makeup to that of a fly.

“This project emphasizes the importance of genetic testing,” said Saputo. “If we were to go by the physical characteristics, they are earwigs; but genetic testing proved otherwise.”

Bombaci recognizes this feat as her biggest scientific accomplishment to date. “I’m proud to be part of a team that discovered a new species of earwig,” she said. 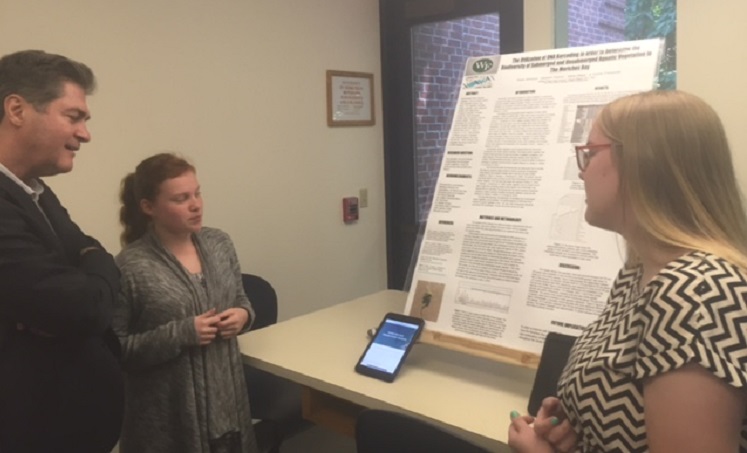 The second project, conducted by junior Elizabeth Scianno, and Grace Jaronczyk who has since graduated, as well as junior Jaizon Soehl-Zelaya, is titled, “The Utilization of DNA Barcoding in order to Determine the Biodiversity of Submerged and Unsubmerged Aquatic Vegetation in the Moriches Bay.”

For this project, the team analyzed the biodiversity of unsubmerged and submerged aquatic vegetation in Moriches Bay and at Smith Point Beach. Of the approximately 20 different species of vegetation collected between the ocean and the bay, 12 of those samples had no genetic classification. The team’s findings found that these plants were closely associated with the lonicera japonica, a species of honeysuckle.

“It’s a great honor to have 12 samples from our research listed in the database,” said Scianno, who, after graduation, plans to study marine biology and oceanography in college.

Additionally, Saputo plans to pursue biochemistry, specifically genetics, after graduation; while Bombaci plans to major in one of the sciences but is undecided on her exact path.

This past summer, both teams were among only five selected out of more than 100 projects to present their research to the NYS Commissioner and Deputy Commissioner of Education at a Barcode Long Island Symposium at Cold Spring Harbor Laboratory.

“I will never forget the look on their faces when they realized their samples were not in the database,” said Victoria D’Ambrosia, William Floyd High School science research teacher. “They worked incredibly long hours and executed everything from proposal writing to learning bioinformatics tools and analyses. I could not be more proud of their work!”

About Barcode Long Island
In collaboration with Stony Brook University, Brookhaven National Laboratory, and the American Museum of Natural History, the Cold Spring Harbor Laboratory DNA Learning Center announces the Barcode Long Island project (BLI). With funding from the National Institutes of Health, the project mission is for students to gain an intuitive understanding of the crucial interdependence between humans and the natural environment. Over the course of five years, BLI will use DNA barcoding to explore, document, and track the biodiversity on and around Long Island, through distributed experiments by student research teams, led by trained Long Island educators. BLI will provide students with real and relevant research experience while they contribute to our knowledge of their environment. In addition, the project will measure the effect on teachers and students and test the feasibility of a large student-based barcoding initiative.