Legislation was introduced following incidents on Long Island where Confederate Flags were displayed on Fire Trucks and on Public Property. 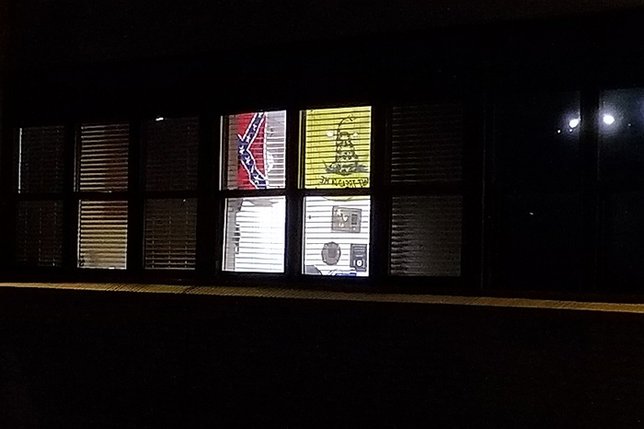 Photo by: Office of Senator Kaplan

Governor Kathy Hochul signed legislation sponsored by State Senator Anna M. Kaplan (D-North Hills) and Assemblymember Michaelle Solages (D-Elmont), S.4615A/A.5402A, that will ensure symbols of hate are prohibited from being displayed on public property and taxpayer funded equipment throughout the state of New York. The legislation comes following a widely reported incident last year involving the display of a confederate flag on a fire truck in a parade in Suffolk County, and following the revelation of a confederate flag being displayed in a window at a fire department in Nassau County.
"The recent and disgusting rise in racist, homophobic, and hateful behavior will never be tolerated in New York," Governor Hochul said. "Symbols of hate have no use other than to spread ignorance and incite violence. As New Yorkers, we must remain united and actively fight to eradicate these attitudes, and this legislation bolsters those efforts. There is no reason for a symbol of hate to ever be on display, let alone by a police or fire department charged with protecting their community. With this law now signed, we aren't only doing away with this deplorable behavior, but also ensuring that every New Yorker, no matter their background or identity, feels welcome in their community.
"With hate on the rise around the world and in our own community, it’s more urgent than ever that we take action to eradicate it wherever we find it. You would think it was common sense that taxpayer-owned property couldn’t be used as a platform for hate, but shockingly there was no law on the books saying so--until now" said bill sponsor Senator Anna M. Kaplan. "Public property belongs to all of us, and this measure is critical to ensure that our public property isn't being used to promote hatred. I'm grateful to Governor Kathy Hochul for signing this measure into law and for her leadership to ensure that hate has no place in our State. I’m also thankful for my partnership with Assemblymember Michaelle Solages on this measure and others to our community safe from hatred.”
“In this time of high polarization, publicly owned entities must maintain their neutrality and ensure their workplaces are apolitical settings for municipal workers and taxpayers alike,” stated bill sponsor Assemblymember Michaelle C. Solages. “Our state is home to one of the most diverse populations in the world, and no New Yorker should have to interface with symbols of hate when engaging with their local governmental agencies. I am proud to work together with Senator Anna Kaplan on this good-government measure, and I am grateful to Governor Hochul for signing our bill into law.”
The legislation, S.4615A/A.5402A, will
The new law takes effect immediately.