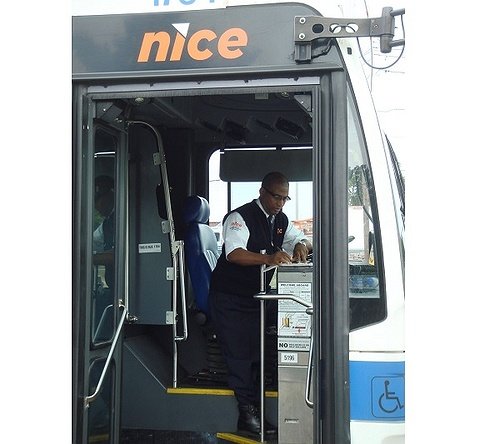 Hearings will be November 19 at 3 p.m. and 6 p.m. in the Legislative Chamber, Theodore Roosevelt Executive and Legislative Building, 1550 Franklin Avenue, Mineola.  The public is also encouraged to submit comments on online, or by calling the NICE Bus Travel Information Center at (516) 336-6600.

For 2016, NICE projects a $7.5 million increase in expenses, including a 4 percent wage increase for its union employees and a 6 percent increase in healthcare costs.  Without reductions in operating costs and increased subsidies and revenues, NICE faces a significant shortfall between anticipated revenues and expenses.

To help partially close this budget gap, NICE has proposed to adjust service on its nine most inefficient routes and raise cash and GoMobile fares by 25 cents per trip, matching the MTA’s fares.  Approximately 1 percent of NICE’s daily ridership would be affected by service adjustments under the current proposal.  In some cases, there may be some alternative bus routes for passengers.

The proposal would raise the cost of a ride for cash-paying and GoMobile customers from $2.50 to $2.75 -- the amount already paid by NICE’s MetroCard customers, who make up the majority of NICE's 100,000 daily riders. Currently, cash-paying NICE customers pay less to ride NICE than they would to ride an MTA bus; NICE Metrocard users pay the same fare as MTA riders.

If the Nassau County Bus Transit Committee adopts the proposal, fare increases would take effect on January 1, 2016. Service reductions would begin on January 17.