America’s colleges and universities are positioned to lead the transition to 100 percent renewable energy, according to a report released today by Environment New York Research & Policy Center. 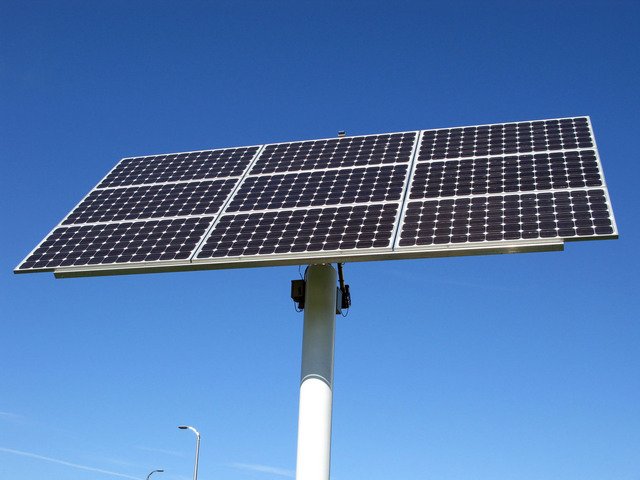 The report cites a number of factors that make institutions of higher education well-suited to lead America’s efforts.

New York, NY - March 10, 2017 - America’s colleges and universities are positioned to lead the transition to 100 percent renewable energy, according to a report released today by Environment New York Research & Policy Center. The report stresses that a complete shift to clean, renewable energy is the best way for colleges and universities to achieve their carbon reduction goals and highlights schools across the country that are taking measures to make the transition to renewable energy.

“We’ve long been committed to promoting sustainability practices and are proud to have established one of the first environmental science departments in the country. Our progress toward achieving climate neutrality plays a key role in advancing our institutional priority of sustainability,” said President James H. Mullen of Allegheny College. “It’s about doing what’s right – not only because of the environmental, economic and social benefits, but also the important message it sends to the student leaders who will go into the world and continue to make it a better, healthier place for generations to follow.”

The amount of energy we use pales in comparison to America’s renewable energy potential. According to the Department of Energy’s National Renewable Energy Laboratory, we could power the nation 100 times over with existing solar potential and 10 times over with available wind resources. At the same time, there is a tremendous opportunity to reduce energy consumption through energy conservation and efficiency measures.

According to the report, Renewable Energy 100: The Course to a Carbon-Free Campus, transitioning to 100 percent renewable energy is the best way for the hundreds of universities that have made commitments to carbon neutrality by 2050 to achieve their goals. The report cites a number of factors that make institutions of higher education well-suited to lead America’s efforts:
“By adopting plans for a rapid and steady shift to 100 percent, clean renewable energy America’s colleges and universities can play a vital role in the country’s efforts reduce climate-altering carbon pollution,” said Heather Leibowitz, Director of Environment New York. “As influential institutions in their communities they can set an example; while conducting the research we need and training the clean energy practitioners of the future.”

Many colleges and universities have taken important steps toward clean energy. The report highlights campuses from across the country including Butte College in California that completed installation of 25,000 solar panels to become ‘grid positive’ and Ball State in Indiana, which replaced aging coal-fired boilers with emission-free geothermal heating systems. Additionally, Cornell University has long been a leader in tackling climate change, with a current goal of carbon neutrality by 2035.

By setting ambitious clean energy goals, colleges and universities can bolster learning and research, drive innovation, attract new students, and save money – all while setting an example for the nation and reducing their own environmental impact.   At the same time, bold clean energy goals are attractive to students and others in the campus community.

“A shift to 100 percent renewable energy is the kind of vision that’s needed to inspire young adults on college campuses to get involved,” said Leibowitz. “Today’s college students will be the civic leaders we need to move us to a sustainable world.”
Environment New York is a state-wide, citizen-based environmental advocacy organization working for clean air, clean water and open space.