The Weeknd to Bring Starboy: Legend of the Fall 2017 World Tour to The New Coliseum & Barclays Center

GRAMMY® Award-winning and multi-platinum selling artist The Weeknd will bring his Starboy: Legend of the Fall 2017 World Tour to Long Island’s New Coliseum in 2017. 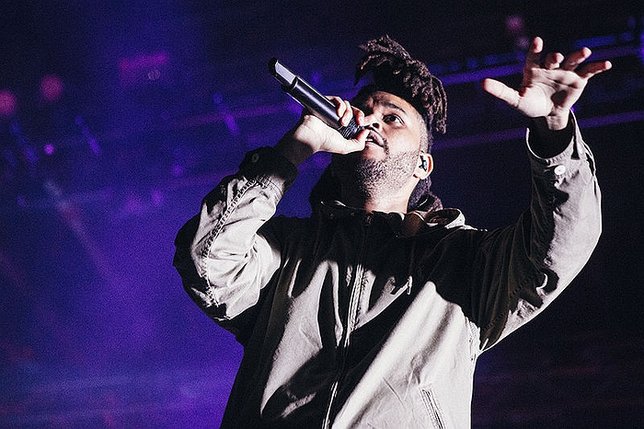 The Weeknd comes to Long Island and Brooklyn in June 2017. Tickets on sale Friday, Nov. 4 at noon.

Photo by: Kayla Johnson, licensed under CC-BY A 2.0 Generic.

Uniondale, NY - November 1, 2016 - GRAMMY® Award-winning and multi-platinum selling artist The Weeknd will bring his Starboy: Legend of the Fall 2017 World Tour to Long Island’s New Coliseum on Saturday, June 3, 2017 and to Barclays Center on Tuesday, June 6, 2017.

Tickets to the shows go on sale on Friday, November 4 at noon and can be purchased at www.ticketmaster.com and the venue’s websites and www.barclayscenter.com, respectively, or by calling 800-745-3000. Tickets to the show at Barclays Center can also be purchased in person at the American Express Box Office starting Oct. 22 at noon (if tickets are still available).

Starboy: Legend of the Fall 2017 World Tour, promoted by Live Nation, will support the The Weeknd’s highly anticipated new album, “Starboy,” set for release on Friday, Nov. 25 on XO/Republic Records.

Starting off his career anonymously, The Weeknd first broke into the music scene with the 2011 mixtape “House of Balloons,” followed by studio album “Kiss Land” in 2013 and the widely recognized “Beauty Behind the Madness” that earned him two GRAMMY® Awards in 2015, an RIAA triple-platinum certification for cumulative sales in excess of 3 million, and 16 RIAA certifications from tracks alone with: “The Hills” (7x-platinum); “Can’t Feel My Face” (5x-platinum); “Often” (2x-platinum); “In The Night” (platinum); and “Acquainted” (platinum). “Earned It” (Fifty Shades of Grey) garnered The Weeknd his first-ever Academy® Award nomination in the category of Best Original Song. The Weeknd’s fourth full-length album “Starboy” is set for release Nov. 25, 2016. The title track featuring Daft Punk broke the record for “Most Release Weekend Streams Ever” upon its release. In less than a week, the single amassed over 17 million streams globally and 6.5 million streams in the United States, becoming No. 1 Most Added at Top 40, Rhythm, Urban, and Hot AC.

BROOKLYN SHOW™ presented by Steve Madden and LONG ISLAND SHOW™ are the concert and major event programming franchises of Barclays Center and The New Coliseum, respectively.

The New Coliseum, scheduled to reopen April 5, 2017 after extensive renovation, will offer 13,000 seats for hockey, 13,500 for basketball, and 14,500 for standard concert configurations, with the ability to flex up. The bowl will have a theater seating option for 4,000 guests.