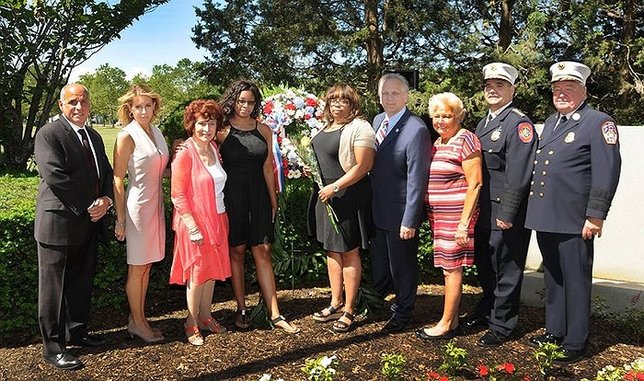 “On December 23, 2014, Nassau County lost a member of its community, who was both a County employee and a most dedicated volunteer firefighter, Chief Joseph J. Sanford, Jr. Joseph died in the line of duty, responding to a house fire in Woodmere, and giving his own life to save the lives of others. In honor and remembrance of his selfless service to Nassau County’s residents, we have added Joseph’s name to the firefighters’ monument here in Eisenhower Park, alongside his fellow fallen heroes.”