Governor Andrew M. Cuomo and New York City Mayor Bill de Blasio announced today that the State of New York and the City of New York will create a program of financial incentives and other ... 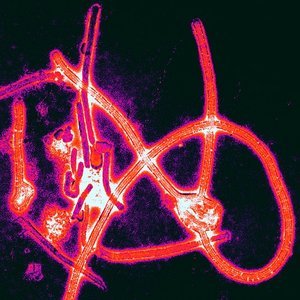 “We believe that public health in West Africa and the public health in New York are interconnected and both must be addressed,” said Governor Cuomo. “The depth of the challenge we face in containing Ebola requires us to meet this test in a comprehensive manner on multiple fronts, and part of that is encouraging and incentivizing medical personnel to go to West Africa.”

“The brave and selfless doctors, nurses and health care workers who voluntary travel to hot zones in West Africa to combat Ebola are heroes, plain and simple, and we need their hard work, courage and sacrifice to protect all of us across the globe from this deadly virus,” said Mayor de Blasio. “We must also do more to encourage additional health care professionals to join this critical fight, and the partnership unveiled today will be instrumental in growing the ranks of these valiant doctors and nurses.”

This initiative would be modeled on benefits and rights provided to military reservists. In particular, the State of New York and the City of New York will work to ensure that health care workers who selflessly travel to West Africa to treat Ebola patients would have their pay, health care, and employment statuses continue seamlessly when they get back. The State would also provide necessary reimbursements – to health care workers and their employers – for any quarantines that are needed upon their return to help protect public health and safety in New York.

"Working to contain and combat Ebola – both at home and in West Africa – is critical to the public health of New Yorkers," said acting New York State Health Commissioner Dr. Howard Zucker. "This program of financial incentives and employee protections will help provide additional support to our brave health care workers, who are on the ground overseas working tirelessly to fight this disease."

“Doctors who selflessly travel to West Africa to treat Ebola patients are performing a service for us all by tackling the epidemic at its source,” said New York City Health Commissioner Dr. Mary Bassett. “We should do everything we can to honor these heroes. Helping health care workers returning from West Africa to return seamlessly to their lives is a well-deserved right.”

“I am confident that New York’s hospitals will proudly do their part to help fight Ebola at its source by covering the salaries of their returning doctors and nurses during a 21-day quarantine should a quarantine be necessary,” said Greater New York Hospital Association president Kenneth E. Raske. “It is simply the right thing to do for these heroes, and I applaud Governor Cuomo for his leadership in encouraging our frontline caregivers to volunteer their services in West Africa.”

George Gresham, 1199SEIU United Healthcare Workers East President, said: “We must support our brave healthcare workers who are on the front lines at home and in West Africa, caring for those who have been infected by Ebola. This initiative will help ensure that health care workers traveling to West Africa receive the backing they deserve for their acts of heroism. I applaud the Governor for his leadership in assisting those who care for these patients as we all work together to fight the spread of Ebola at home and abroad.”

Jill Furillo, RN, Executive Director of the New York State Nurses Association, said: “These incentives from the State will deliver additional support to those selfless nurses who act to treat Ebola patients in West Africa. Our hearts are with the thousands of victims of Ebola and their families, and with the caregivers who are fighting this epidemic. We support the Governor’s efforts to protect the wages, benefits, and employment statuses of nurses and other healthcare workers who travel to West Africa to care for those in need.”

Andrew Kleinman, MD, President, Medical Society of the State of New York, said: “Doctors across New York and across the world are heroically volunteering to treat Ebola patients in West Africa, and this program will help further support those efforts. We thank the Governor for his leadership in putting forward this new initiative and for the State's ongoing work combating the Ebola crisis.”

“Hospitals and healthcare workers across the entire state have a long tradition of responding selflessly to fight public health threats like Ebola. We thank the Governor for his leadership and this new program that will help support all our dedicated healthcare workers and their brave work in West Africa.” Dennis Whalen, President, Healthcare Association of New York State.