Whale discovered by biologists while responding to call for a decreased dolphin. 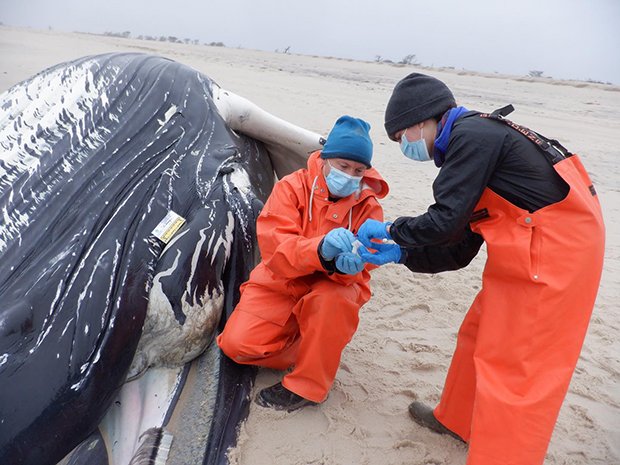 When Atlantic Marine Conservation Society (AMSEAS) biologists were investigating the death of a dolphin on Fire Island, they made an even bigger discovery: a beached 28-foot whale.

On Facebook, AMSEAS reported that the deceased humpback whale’s location at Fire Island National Seashore on the federally designated wilderness prevented them from using mechanical equipment to remove the animal.

“An internal examination cannot be completed without a disposal plan,” they wrote. “Without the resources available and limitations due to the animal’s location, it is being left on the beach.”

AMSEAS said that it is working with partners to monitor the animal.

AMSEAS said that all strandings should be reported immediately to the NYS Stranding Hotline at (631) 369-9829.