He’ll Start By Creating Art Deco Food & Drink For The Party Of The Year! 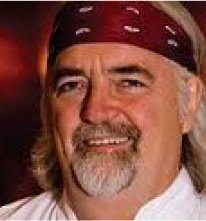 Riverhead, New York - February 20, 2013 - The opening of the historic landmark Suffolk Theater is sure to be The Party of the Year. On Saturday, March 2nd, the theater presents a “Back to the Thirties” cocktail party, featuring the music of Grammy winning Vince Giordana and his Nighthawks Orchestra, and now features the food of famed chef, Tom Schaudel. Tom will continue on as Culinary Director for the theater’s full service restaurant and two bars.

For the party, Tom and Lawrence S. Smith, the theater’s Food & Beverage Manager collaborated on a signature cocktail for the theater named “The Lord Suffolk.” The recipe is below:


Tom Schaudel:
A graduate of The Culinary Institute, Tom opened his first restaurant, Panama Hatties (Huntington), in 1983. He has been the driving force behind some of Long Island’s higly acclaimed restaurants. He owns Cool Fish in Syosset, A Mano in Mattituck, Jewel in Melville and Alure in Southold. Growing up on Long Island has seriously influenced Tom’s culinary sensibilities. His style has been described by Michael Todd of Grapezine magazine as “Atlantic Rim,” combining classical technique with in-season produce, fish and game. Tom has a line of wines, under the Tom Schaudel “Reserve” label, made on the North Fork. He has been featured on television, written a book, Playing with Fire and is host of the Saturday Morning Talk Show of the same name. Tom and co-host Malibu Sue interview local personalities in food, wine & dining.

It is on this week’s show, airing Saturday, February 23 that Tom makes his official announcement to join The Suffolk Theater.

The Suffolk Theater’s Grand Opening Gala tickets are $125.00 per person and are available online at suffolktheater.com OR by call the Box Office at 631-727-4343

*Hendricks gin is served at The Suffolk Theater.