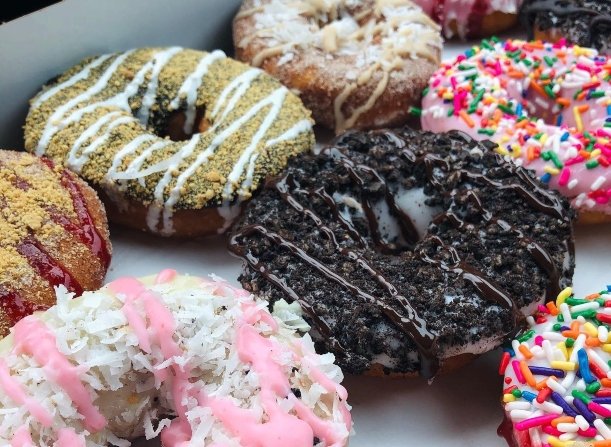 If you are one of those lucky folks who have vacationed in the Outer Banks you were probably well-familiar with Duck Donuts before the first franchise location even opened its doors in Hauppauge two years ago. And you were probably pretty excited about it when they came to Long Island.

Originating in Duck, North Carolina (hence the name), the donut shop has been a staple of Outer Banks vacationers since 2007 when they opened their first store. In that short time Duck Donuts reputation for decadent donuts has grown along with what the company says is over 200 total locations across the country.

Until recently, there was only one on Long Island. That was until this last Saturday when the franchise owners sold their very first donut at their second store in Selden.

Store owner Veronica Bencivenga said in an interview with the Middle Country Chamber of Commerce that her small business had to adapt to COVID-19 restrictions like many others. But, because their business model already included mostly carry-out customers (they have very few in-store dining seats) they only had to add their online ordering and curb-side service to help them get through.

Watch the full interview below.

Duck Donuts makes the donuts to order, which Bencivenga said is a differentiator to other donut shops.

“The thing that’s unique about Duck Donuts and the experience coming into our store is that we don’t have any premade donuts,” she said.

Customers get to watch their donuts being made and pick their toppings.

While Duck Donuts offers made-to-order flavors, they do have some fan favorites on the menu for inspiration. Bacon in the Sun is maple icing with chopped bacon and salted caramel drizzle. The Beach Ball Donut is vanilla icing with rainbow sprinkles and chocolate drizzle. and , the Blueberry Lemonade is blueberry icing with lemon drizzle.