The Long Island Native Plant Initiative is a volunteer-driven group that is working to preserve the biodiversity of Long Island by bringing back native plants that are better suited to withstand storms like Hurricane Sandy. 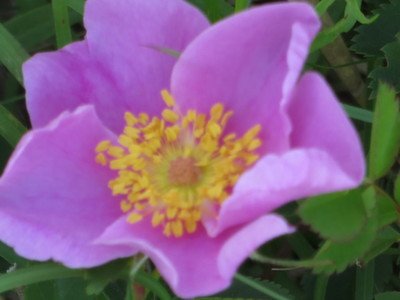 One group of volunteers on Long Island is leading a movement to bring native plants back to Long Island soil, and to help the natural landscape recover from Hurricane Sandy along the way.

Long Island Native Plant Initiative is a volunteer-driven collaborative of over 30 non-profit organizations, government agencies, nursery professionals, and citizens that share their resources and knowledge to preserve the biodiversity of Long Island plants.  Their mission is to encourage Long Islanders to choose native plants over other non-native plants because of the high tolerance of natives for the local climate, which makes them better suited to survive the humid weather, local plant diseases, and the salt exposure that comes with rising flood waters which killed many plants during Hurricane Sandy.

LINPI founder and executive director Polly Weigand is encouraging Long Islanders to choose plants that are best suited for the region so that they can save money with plants that they know will thrive, since the species have existed in the region for thousands of years.

“We want to encourage nurseries to provide more natives, and to show that native plants are not weedy,” said Weigand.

It is important to LINPI that the native plant species that the group supports for use in public projects are genetically native, meaning that they are the most competitive and resilient plants, to ensure that the public’s money is well spent.

Some plant species that are propagated by the volunteers of LINPI include grasses such as switchgrass, Indian grass, and little bluestem, and shrubs like pitch pine and black cherry.  They also grow and sell prickly pear, mint, Black-eyed Susans, and varieties of goldenrod.

LINPI volunteers collect seeds and store them in short-term and long-term banking, and also grow native plants from seed that are sold to the public and also supplied to nurseries.  They work with “ecological and genetic consideration in mind,” said Weigand, in order to keep true to the genetic heritage of the region while also fostering a demand in the industry.

Representatives of LINPI will be presenting at the Long Island Native Plant Symposium on Friday, September 27 from 8 a.m. to 4 p.m. at Brookhaven National Laboratory. To learn more about LINPI plant sales, check out their page on Facebook here.