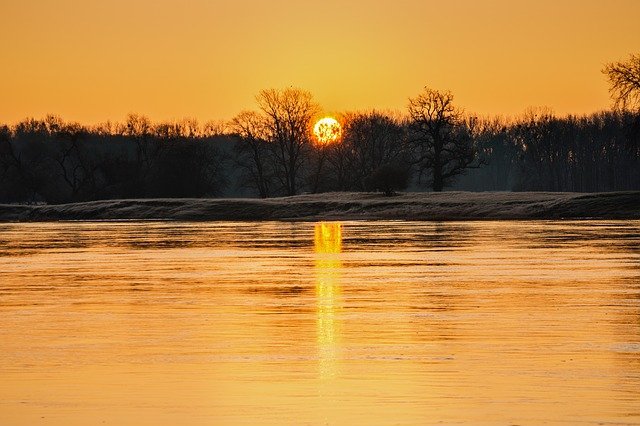 Albany, NY - December 14, 2017 - Governor Andrew M. Cuomo today unveiled the second proposal of the 2018 State of the State and the first part of a comprehensive environmental program: New York will immediately take action against the U.S. Environmental Protection Agency if they accept the Upper Hudson River dredging of polychlorinated biphenyls as complete. Under this plan, Governor Cuomo and Attorney General Eric Schneiderman will sue the federal government to ensure the dredging is completed once and for all. New York is also prepared to withdraw from the 2002 Record of Decision which guided the cleanup and removal of millions of tons of PCB-contaminated sediment from the Upper Hudson River. The EPA's decision is expected to be announced later this month, and indications are they will deem the cleanup complete.
"The Hudson River is a critical economic engine and environmental treasure and New York will not allow PCB contamination to continue wreaking havoc on this vital resource," Governor Cuomo said. "The data is clear: the job is not done and the EPA cannot declare that this remediation is complete. If they do, New York will take any action necessary to hold them accountable for ensuring our waterways are protected and properly restored."
With this proposal and in cooperation with the state Attorney General, New York will file a lawsuit if the EPA, despite data to the contrary, finds that the Hudson River cleanup of PCBs is complete. General Electric filed a request for a Certificate of Completion on December 23, 2016, and EPA has 365 days to respond to the request pursuant to the Consent decree between GE and the EPA.
"The Hudson is one of New York's crown jewels, vital to our environment, our economy, and our communities," said Attorney General Schneiderman. "The law is clear: EPA cannot possibly support a finding that GE's actions have been sufficient to protect New Yorkers' public health and the environment. If the EPA declares mission accomplished, we will sue to ensure New York sees the full, timely cleanup and restoration of the Hudson River that was promised."
In addition, if the Certificate of Completion is issued by the EPA, Governor Cuomo is directing the New York State Department of Environmental Conservation to withdraw its concurrence with EPA's 2002 ROD, which was signed under a previous administration. The ROD guided the cleanup effort and removal of millions of tons of PCB-contaminated sediment from a portion of the Upper Hudson River; specifically, it expected PCB levels in fish would rapidly decline. Unfortunately, EPA's 2002 decision relied on flawed modeling rather than actual sampling data, and their current draft five-year review of the dredging effectiveness, together with fish contamination data and recent DEC sediment sampling, indicates these objectives will not be met. DEC recently sent a letter to EPA Administrator Scott Pruitt outlining these concerns and reiterating that a Certificate of Completion should not be issued for this project.
From the 1940s through the 1970s, General Electric manufacturing facilities in Hudson Falls and Fort Edward dumped well in excess of one million pounds of hazardous PCBs directly into the River. This contamination has impacted the health and livelihood communities along the Hudson River ever since, including the decimation of a once-thriving $40 million commercial fishery. Governor Cuomo has urged the EPA to conduct a complete and thorough review. In 2016, the Department of Environmental Conservation demanded that the EPA take additional samples of river sediments in order to determine the effectiveness of the dredging. When the EPA refused, DEC led the effort by taking over 1,200 samples in Summer 2017.
DEC Commissioner Basil Seggos said, "Time and time again we have cautioned the EPA that their cleanup was not protective of human health or the environment, and with Governor Cuomo's actions today, we hope they will get the message. The EPA's own analysis indicates that fish species will not reach the levels envisioned in the cleanup plan for more than fifty years absent additional action. That is simply too long and not consistent with the estimates in the ROD. The EPA must evaluate the removal of additional contamination and must not issue a certificate of completion at this time."