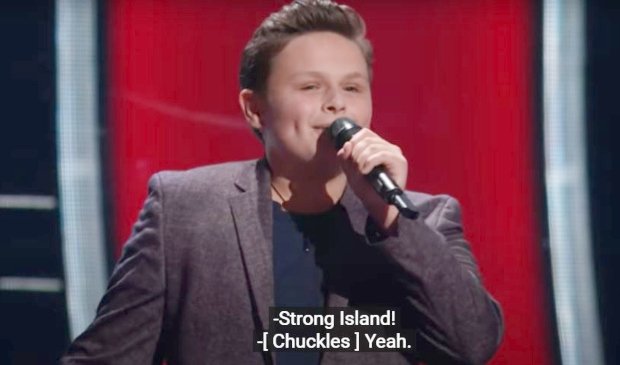 Photo: Video still from The Voice performance of Carter Rubin, a 14-year-old from Long Island.

Musical coaches, Gwen Stefani and John Legend, ended up in a bit of a battle over Rubin.

Legend pitched himself to Rubin.

“I turned for you very early on,” he said. “Your voice sounded polished. You sounded strong. Your voice has control, which  a lot of people your age wouldn’t have.”

He added that Rubin’s voice shimmered.

Stefani told Rubin she could be like a mom to him because she also has a 14-year-old-son.

“I loved your voice. When you got into your full voice the tone was so beautiful it was so shocking to me,” Stefania said.

Watch Rubin's performance and see who he picks as his musical coach in the clip below.