Long Islander is Highest Active Blood Donor in the World 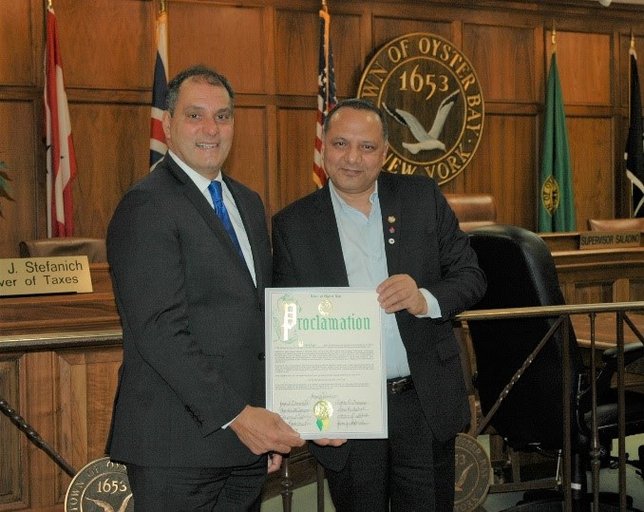 Ask yourself when was the last time you donated blood. For Hicksville’s Arjun Prasad Mainali it could have been yesterday or last week. As a matter of fact, since 1987, Mainali has donated blood 172 times in 17 different countries and 14 different states in the U.S.

Mainali has a mission. He not only donates copious amounts of blood himself, but he is committed to raising awareness about blood donations and the lives it can save. By his own account he has organized hundreds of blood prive programs internationally, with tens of thousands of people coming to his events, with 15,000 of them donating blood.

He has said that he usually donates blood four times a year. In 2014, he donated blood 6 times and platelets 13 times.

He is also the founder and president of a nonprofit dedicated to the cause, Blood Donors of America. He has also founded international blood donor organizations including Blood Donors Association Nepal, International Nepalese Blood Donors, and World Blood Donor Arjun Mainali Incorporation.

Another fact about Mainali: He spent over 6,000 minutes drawing his blood and platelets.

Recently Town of Oyster Bay Supervisor Joseph Saladino recently recognized him for his accomplishments. He has also been awarded Leo of the Year Award from The Lions Club, the Presidential Volunteer Service Award, a Certificate of Special Congressional Recognition, the Good Neighbor Award from the American Red Cross, and Leader of the Year from the Nepalese Association in Southeast America among others.

Mainali’s inspiration for donating blood came from a story he read in college called, “The Blood Donor.” He also says he donates blood and crusades to raise awareness to help remove the stigma of giving blood both here and overseas.

To find out more about Mainali and his efforts to raise awareness about donating blood click here.