Nearly a million Toyota cars are being recalled for safety issues. 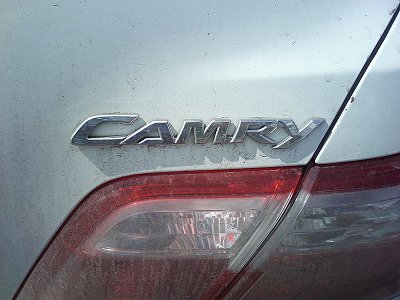 Toyota recently announced a voluntary recall of 803,000 cars for a defect which could be a safety hazard for drivers. The impacted models—model year 2012 and 2013 Camry, Camry Hybrid, Avalon, Avalon Hybrid and Venza vehicles sold in the US—have an issue with their air conditioning condensers and housing units.

Water from the condenser in these units may leak out which can cause issues with the AC itself, but more significantly may drip down onto the airbags and prevent them from deploying in a crash or cause them to open inadvertently. In some rare cases, the water leak could even disable power steering, forcing the driver to use significantly more strength in order to move the wheel.

The repair appears a relatively simple one—technicians at Toyota dealers will apply a sealant to the condensers and put a cover around the air conditioning cover to prevent future leaks from occurring. Owners of these models will be receiving notifications in the mail alerting them of the situation and directing them to their local dealers for repair.

This recall comes six months after Toyota and several other Japanese auto manufacturers had a mass recall concerning a different defect in airbag deployment. Last October the company recalled 7.5 million units for a power window issue which could spark fires, and it came under heavy scrutiny in 2010 when nearly 8 million cars were recalled for “sticky” accelerator pads which some consumers said caused their cars to speed up uncontrollably.