50 percent of all sales from October 16 through October 22 at Uniondale-based pre-owned auto dealership will go towards purchasing power generators for Puerto Rico relief efforts. 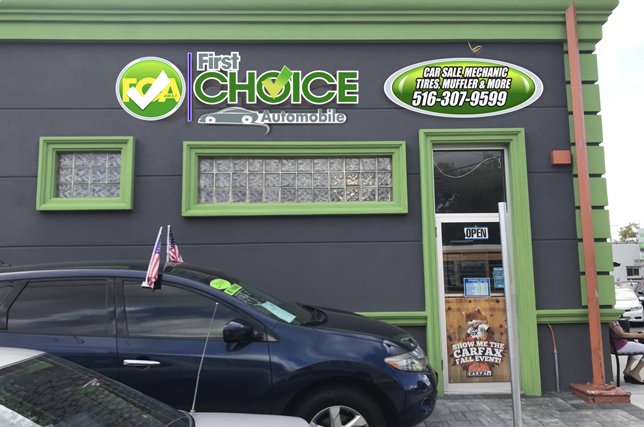 First Choice Automotive of Uniondale is celebrating it's one-year anniversary.

Uniondale, NY – October 17, 2017 – David Pascual has a long history with cars. Originally hailing from the Dominican Republic, the Oceanside resident worked for 10 years with his father, who was a mechanic; upon arriving in the United States, he wanted to stay in the family business, so he opened up his very first pre-owned vehicle dealership in Baldwin, which he ran for over five years. Encouraged by his early success, Pascual moved on to open up his current place of business – First Choice Automotive of Uniondale – on September 28th, 2016.
First Choice Automobile is approximately 9000 square feet in size and fully stocked with anywhere between 30 and 35 pre-owned sedans, SUVs, trucks, family vans, pickups, and everything else you can think of. Pascual is currently in the midst of celebrating the business’ one year anniversary, and said that he's using the occasion to give back to the community that's treated him so well.
“Our first year here in Uniondale has been great...we took over our current property and renovated everything – the entire lot, the building – and business has been great ever since. Also, we make a point of keeping our neighbors happy and we're a member of the Uniondale Chamber of Commerce,” he said. “On average, we sell 30 cars a month, and our auto service department has been working on up to 150 cars a month. We're very thankful for our success, and we want to use our first anniversary celebration to give back not only to our customers and our community, but those who are less fortunate as well.” 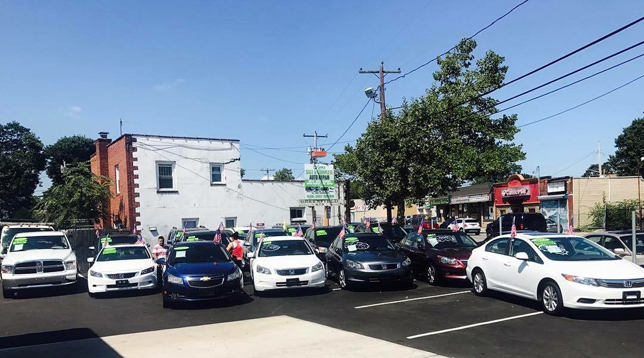 From October 16th to the 22nd, half of First Choice’s profits will be used to purchase generators to send to Puerto Rico. Photo Credit: First Choice Automobile
To that end, Pascual said that First Choice Automobile is digging deep into their pockets for a very good cause this week; from October 16th to the 22nd, 50 percent of their profits will be used to purchase generators to send to Hurricane Maria-torn Puerto Rico. Due to the horrific impact of the storm, coupled with major infrastructure problems, there has been a near complete lack of electricity on the entire island, and Pascual said that the money generated from sales this week will go towards brightening a few homes in the beleaguered U.S. territory.
“We've had a year of success, and we really appreciate the support of our customers, and we thought this would be a great opportunity to help others,” he said. “What we're doing is we're raising money to buy generators to send to Puerto Rico because they're in the middle of a major blackout and they don't have hope for getting any electricity anytime soon. We're aiming to buy at least 10 to 15 generators, each of which will be sufficient enough to provide energy for an entire household. It's really important to us to help these people in their time of need.”
Pascual said that he's also intending to show his appreciation to his loyal customers as well, offering a number of fun and exciting promotions for First Choice’s one-year anniversary, including discounts, prizes, and a fun and exciting BBQ on Saturday, October 21. In addition, half of the money made from sales on the 21st will once again be donated for a great and important cause; this time, one close to home, Pascual said.
“50 percent of the money that we make on Saturday the 21st is going to be donated to a local church that's very active in the community,” he said. “They have a pantry that actually feeds over 10,000 people a year, so we really want to contribute to the great work that they do helping people.” 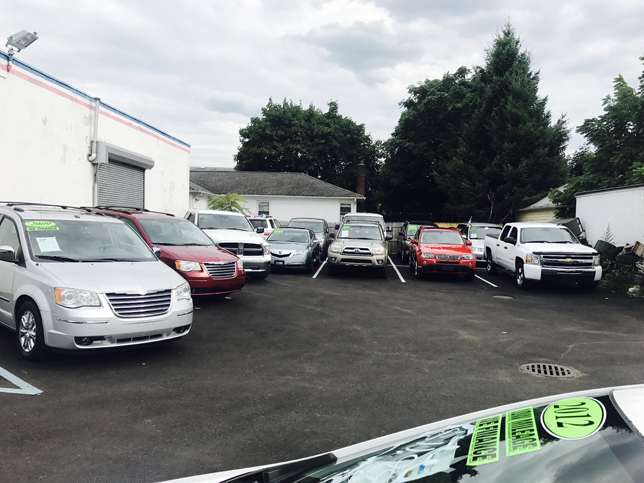 First Choice Automobile is showing their appreciation to their loyal customers by offering a number of fun and exciting promotions for their one-year anniversary. Photo Credit: First Choice Automobile
With all of the pre-owned vehicle dealerships out there vying for your hard-earned dollar these days, it takes something special to stand out; Pascual noted that First Choice Automobile does just that by offering honesty, hard work, and trustworthiness, in addition to a great selection of quality vehicles and impeccable customer service. It’s a business model that’s already generated a great deal of success by First Choice’s one-year anniversary, and it stands to continue to deliver that success well into the future.
“There are a lot of things that set us apart from other dealerships. We’re a certified CarFax dealer, and while most dealers only offer a one-month warranty, we offer a three-month warranty on every car that we sell, as a well as a full year of free oil changes,” he said. “Our customers also get a lifetime 10 percent discount at our auto service department...whenever they need anything for the car, they'll get 10 percent off. We also emphasize quality above everything else...whenever we get a new car in the lot, we thoroughly inspect it to make sure it's completely safe and secure. The customer is always number one, and at First Choice Automobile we always take care of them like they're family.”
For more information, visit www.firstchoiceautomobile.com.