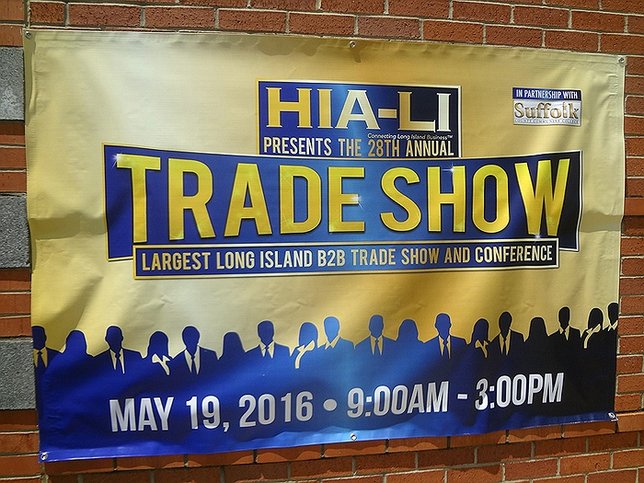 Celebrating its 28th year, the 2016 Hauppauge Industrial Association of Long Island Trade Show and Conference, held on May 19 on the campus of Suffolk County Community College, continued its annual focus on bringing the highly-competitive business communities of Long Island together to learn and grow with one another.

With over hundreds of businesses represented and nearly 5,000 attendees this year, the Hauppauge Industrial Association of Long Island (HIA-LI) Trade Show was the event’s biggest showing ever, and quite an accomplishment compared to its humble beginnings, according to Terri Alessi-Miceli, President of HIA-LI. 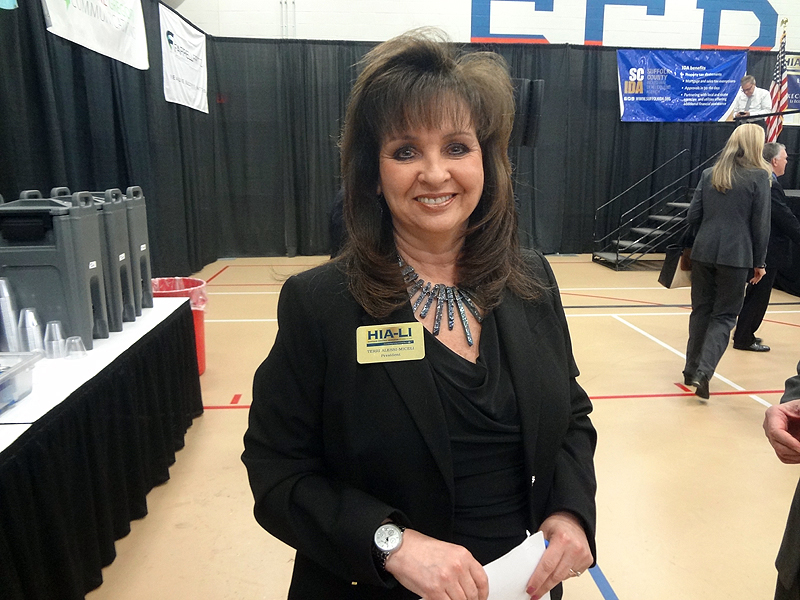 “28 years ago we started with literally 15 booths at the Long Island Sheraton Hotel and as of last night we were sold out… we have 375 booths plus 4712 people pre-registered, and we also have many more people just walking in so I can't imagine that we will not far exceed 5000 people today,” she said. “The HIA-LI annual trade began with a bunch of our members saying they wanted to get together and do a business show in a fashion that had exhibit booths and things like, and  it has grown tremendously… this is the place to meet people on Long Island.”

HIA-LI as an organization is a voice for business on Long Island and a powerful force and economic engine for regional development; their membership is comprised of tens of thousands of businesses and companies, and their annual Trade Show – held in the Suffolk County Community College (SCCC) Sports Complex on the college’s Brentwood campus – is a way of helping their members and the overall Long Island business community thrive in these rough economic times through a variety of different resources and programs throughout the day.

“What the show offers the Long Island business Community is, number one- it's the largest business-to-business trade show on Long Island. As you know business is run very differently than it used to be, and this affords the opportunity to shake hands and hopefully form some long-lasting business relationships,” she said. “It is also a conference, so it has really become a major forum for economic discussion, so we have executive programs throughout the day as well as complementary seminars.” 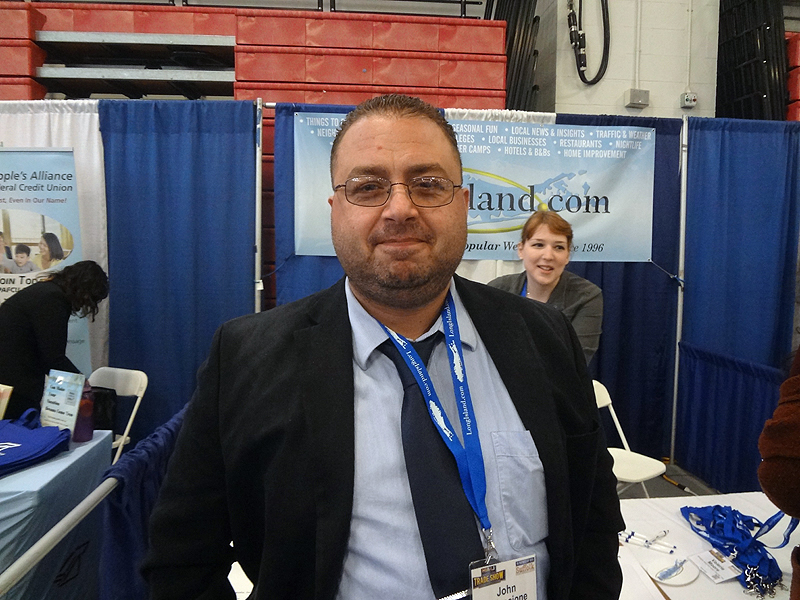 LongIsland.com was among the businesses represented at the HIA-LI event; John Colascione, CEO of Long Island Media, Inc. LI.com’s parent company – said that he was very excited over his long-time partnership with HIA-LI, which saw Colascione’s various media outlets helping to promote the Trade Show due to its importance to Long Island business.

“It is a great event that we do every year… it's an event with near limitless opportunities to network in business,” he said. “There will be several seminars on growing your business, and it's just an excellent way to spend the day networking with other businesses, learning how to better run your company and how to become more profitable. It's an excellent experience… we do this every year, and every year it seems to get better and better, so I'd like to thank the HIA for letting us participate in this event, as we do sponsor and help promote the event… it's just going to be a fantastic day here today.”

Alessi-Miceli concurred with Colascione, saying that when businesses help one another, everyone wins in the end.

“One of the things that's made this trade show so successful and that helps out with the volume of people are people like LongIsland.com and John,” she said. They have really just stepped up to the plate in helping us promote this show… they show it everywhere so people can see it, and that really helps create excitement and buzz.” 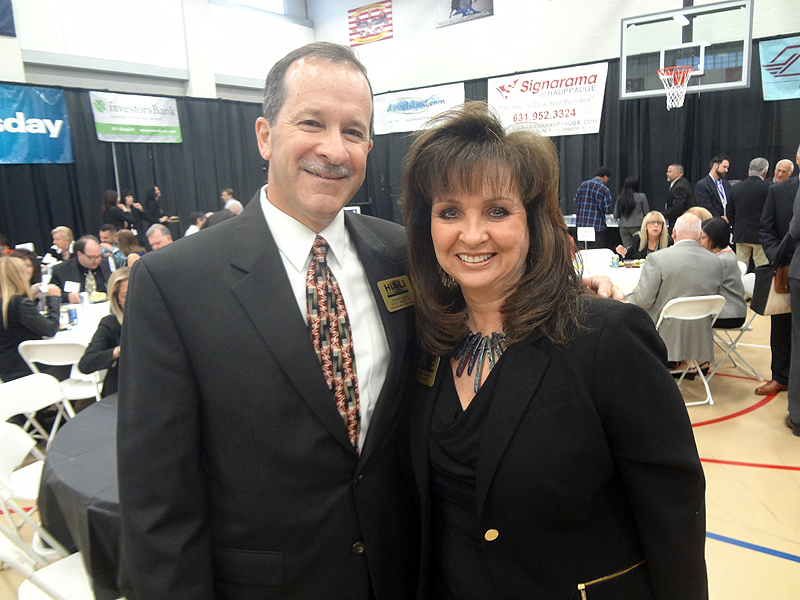 HIA-LI Chairperson Robert Quarte cited the fact that, despite the nation still feeling the effects of the recent recession, groups like his can actively assist businesses not only weather the storm, but to find ways to succeed and prosper as the economy slowly stabilizes itself.

“We're a grassroots organization in Long Island that can help businesses get things done,” he said. “As an exhibitor at the trade show, my own firm has been involved for 20 years and it's just a way to do business with other businesses. It's phenomenal, and it's a great organization that just helps businesses grow, including our own.”

The business exhibitors were splayed across the floor of the expansive SCCC Sports Complex, each tucked into their individual booths adorned with eye-catching promotional materials; one of them was SportsPro Camps, and its Director, Janet MacKay, said that she didn’t even have to drive far from work to get to the show that day, as the camp is actually situated on the grounds of Suffolk County Community College itself. 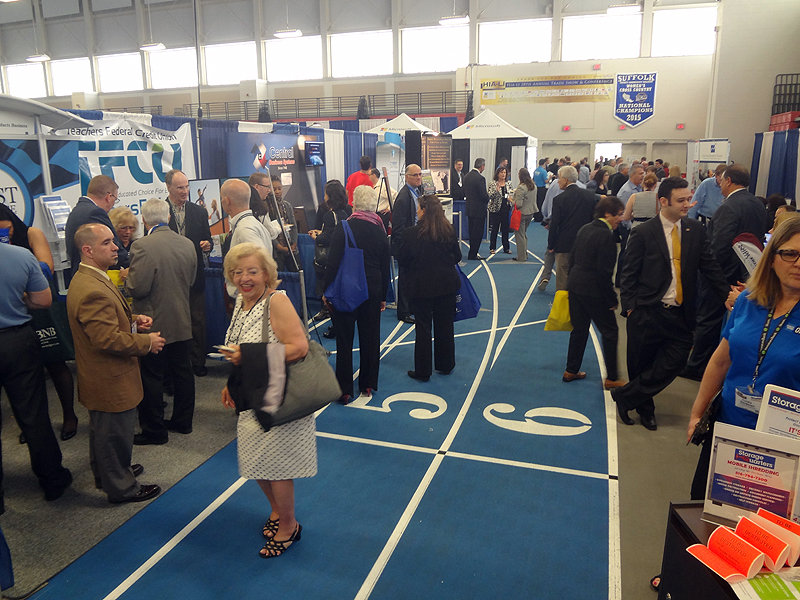 HIA-LI Trade Show and Conference puts a focus on bringing the highly-competitive business communities of Long Island together.

“We are so excited to be part of the HIA trade show… we are a summer camp located here at this amazing facility at Suffolk Community College for ages 3 to 15, and there's multi-sport activities, indoor swimming and a whole variety of activities,” she said. “We're here at the trade show because what better way to interact with over 3,000 people to tell them about this amazing program that we offer for them and their families.”

Another exhibitor, Quality Shredding of Deer Park President Tobi Innerfield, said that her company is celebrating its five-year anniversary; they service large corporations and well as schools and other professional organizations, shredding paper, disposing of computer hardware, and much more. 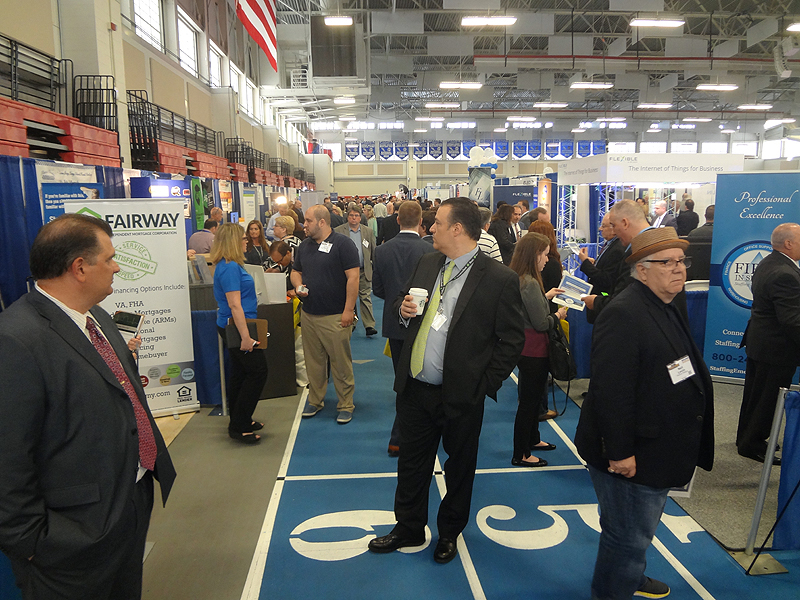 HIA-LI as an organization is a voice for business on Long Island and a powerful force and economic engine for regional development.

“We are a certified shredding company and certified woman-owned business, and we shred paper, non-paper media, hard drives and more both on-site, at your facility with mobile shredding or off-site back at our plant,” she said. “The HIA Trade Show really enables people to get together who otherwise wouldn't have known each other… it introduces businesses to other businesses and this is really important, because even though we do shredding all across Long Island I've already met many people here that I didn't previously know, and we might develop business relationships.”

Marc Weinstein, President of Mark of Elegance Limousine Service of Hauppauge said that he always makes a point of attending the HIA-LI Trade Show and Conference, and always walks away with new information and contacts that serve to give his bottom line a big boost in the year ahead. 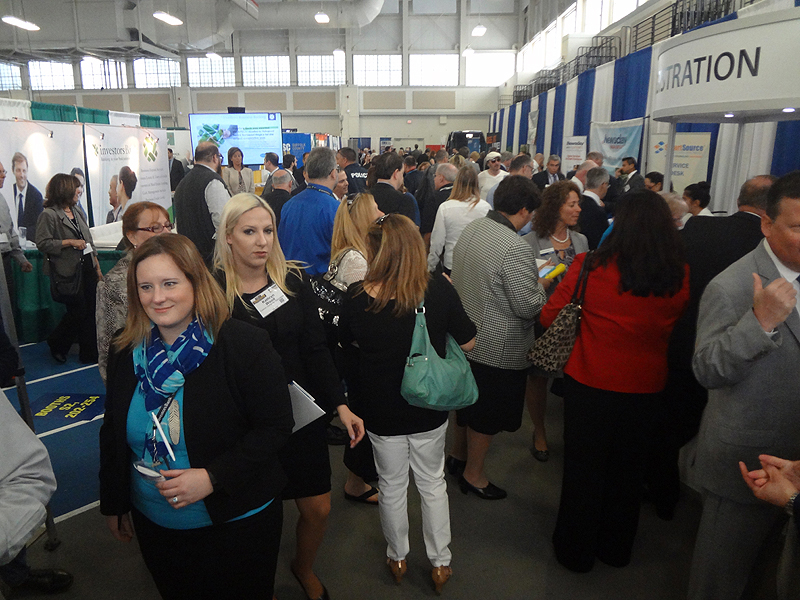 HIA-LI Trade Show and Conference puts a focus on bringing the highly-competitive business communities of Long Island together.

“We've been servicing the private and professional community for over 30 years,” he said. “We are at the HIA trade show today, which gives us the opportunity to meet new potential customers as well as existing customers…it's been a wonderful experience and we hope to grow our business by it.”