The First Squad reports three arrests for Robbery which occurred on Tuesday, June 10, 2014 at 3:40 A.M. in Uniondale. 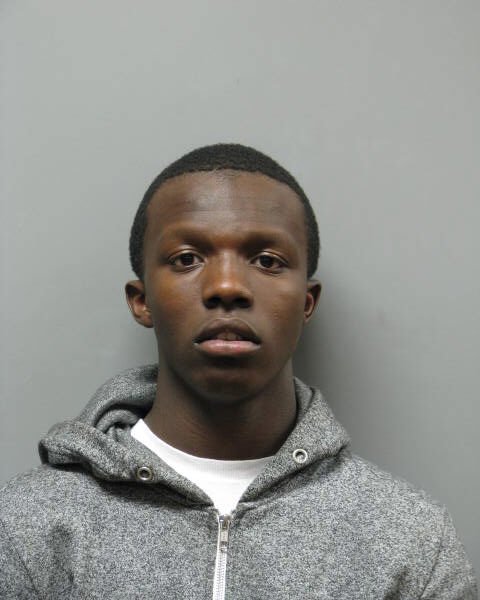 According to detectives, First Precinct patrol officers responded to an unknown problem at Uniondale Avenue and Nassau Road.  Upon arrival they discovered the male victim, 52 years of age, with a laceration under his eye.  The victim was approached by three males on bicycles.  One of the males punched the victim in the face knocking him to the ground.  The three males went through the victim’s pockets removing personal property including credit cards.

As officers were transporting the victim in a County ambulance to an area hospital for treatment they observed the three subjects outside of 1050 Front Street in the parking lot.  They stopped and after an investigation Daron Hil (pictured left)l, 17, of 1043 Jerusalem Avenue, Uniondale Shalique Murray, 17, of 617 Hill Street, Uniondale and Andre E. Bonham, 20, of 1001 Smith Street, Uniondale were arrested without incident.

The three men were charged with two counts of Robbery 2nd degree, Criminal Possession of Stolen Property 4th degree and Identity Theft 3rd degree. They will be arraigned on Wednesday, June 11, 2014 at First District Court in Hempstead.