Adelphi University’s Performing Arts Center (AUPAC) is proud to present the acclaimed singer and Broadway star T. Oliver Reid with his Bistro Award-winning show, Drop Me Off in Harlem. 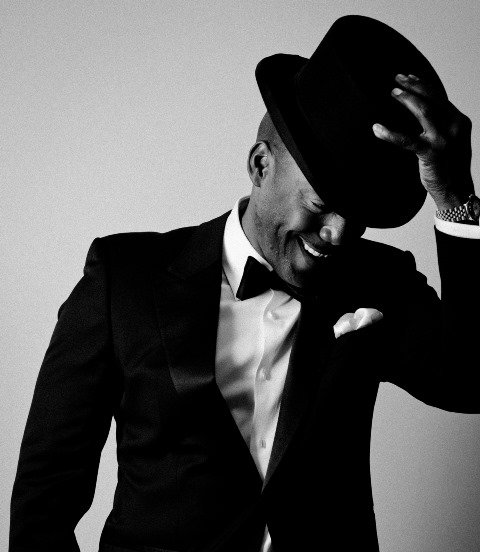 Garden City, NY - October 14, 2015 - Adelphi University’s Performing Arts Center (AUPAC) is proud to present the acclaimed singer and Broadway star T. Oliver Reid with his Bistro Award-winning show, Drop Me Off in Harlem—a theatrical one-man revue that takes us on a club-hopping journey through the elegant nightclubs and working-class speakeasies of 1934 Harlem. The concert will take place on Friday, October 30, at 7:30 p.m. on the Westermann Stage of the Concert Hall at 1 South Ave, Garden City, NY.  The program will consist of music by Duke Ellington, Harold Arlen, Andy Razaf and more.

Reid performs each number with the unmistakable dramatic flair of a musical theater veteran and provides an overview of the clubs, musicians and social context of the music. As he says in his show, “In 1934, on a Saturday night in New York City, if you were boozin’ and jazzin’, you were doing it in Harlem.”

T. Oliver Reid brings a lifelong love of musical theater to the stage with such Broadway credits as Chicago, Kiss Me Kate, Follies, Thoroughly Modern Millie, La Cage Aux Folles, Mary Poppins, Damn Yankees, After Midnight and the 25th anniversary concert of Dreamgirls. Winner of the Metropolitan Room’s 2010 Metrostar Challenge, he was also a featured artist in the 21st New York Cabaret Convention the same year. His passion for music has led him to share the stage with some of Broadway’s top performers including Robert Goulet, Jane Krakowski, Blythe Danner and Bryan Stokes Mitchell, to name a few.

The New York Times Stephen Holden accurately describes T. Oliver Reid’s voice as “wistfulness of his tone and the smoothness of his delivery are all his own” and “vulnerability is a quality that most male singers measure out in teaspoons. But for T. Oliver Reid, it isn’t a discreetly added emotional flavoring to a love song; it is its essence”. For additional information on Reid, visit toliverreid.com.

Adelphi University Performing Arts Center (AUPAC) is one of Long Island’s premier cultural arts venues for entertainment of all kinds. Tickets are currently on sale and are priced at $30/$25, with discounts available to seniors, students and alumni. For more information about all events at AUPAC and to purchase tickets, visit online. Information is available at The Lucia and Steven N. Fischer Box Office at (516) 877-4000 or via email. Regular box office hours are Tuesday through Friday from 1-6 p.m. The box office is also open two hours before most scheduled performances.