Complaints from locals have influenced the town to shut down the popular club. 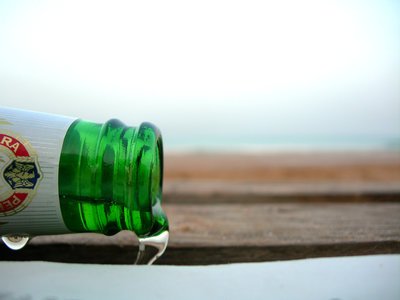 The town of Southampton has signed a $3.2 million contract to buy a local club and shut it down. According to Newsday, the Neptune Beach Club in East Quogue has been surrounded by complaints from locals and officials in the area.

The club, which is located on Dune Road next to Tiana Beach, has been in operation since 1989. Southampton would purchase the club, along with the three acres of land that it occupies, using its Community Preservation Fund. However, the town board still has to approve the purchase before a final decision is made.

According to the town’s resolution that justifies buying the club, the property is located next to “shimmering waters, expansive salt hay meadows and pristine maritime dunes.”

Many residents have complained about the loud noises from the club over the summer weekends, as well as wandering clubbers making their way to and from the Tiana Beach parking lot.

“[Closing down Neptune] would make me extremely happy," 45-year-old Robin Eshaghpour told Newsday. "The music is loud. There's lots of drinking… There's urinating in the street, urinating on private property. It sucks up all of the police resources." Eshaghpour owns a house close to the club.

Since the club opened, town police have made over a dozen drug-related arrests in the surrounding area.

A meeting was held on Tuesday night where town residents could voice their opinion on the purchase. Three employees of the Neptune Beach Club that attended the meeting did not comment.

Not all locals are in favor of the purchase. Last month, the Hampton Bays Patch posted a round-up of comments from local readers, many of whom would like to see the club stay.

“Removing Neptunes will be another reason for people not to visit Southampton and spend money with local businesses. The town should be promoting new businesses not eliminating them,” one local writes.

Board meeting Supervisor Anna Throne-Holst said she will be holding the public comment period open until the next board meeting on Nov. 12. Locals can voice their opinion over the purchase before the board makes a final decision.