The famous theater will have its first concert since the storm hit. 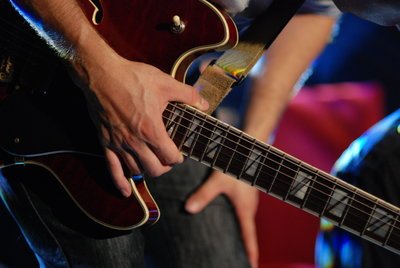 The Nikon at Jones Beach Theater underwent millions of dollars in repairs after Hurricane Sandy hit the east coast seven months ago. On Friday night, the famous theater in Wantagh will reopen for the first time since the storm, with Rascal Flatts headlining the first concert of the year.

After Sandy, the 14,000-seat waterfront theater was left flooded and with severe damage to its infrastructure. Four feet of water flooded the theater, leaving the seats, concession stands and stage covered in seaweed. The storm also destroyed nine miles of cabling.

Despite the extensive damage, John Aarons of Live Nation said in a report from CBS News that he had no doubt that the theater would be ready to go for the summer. “We were able to get what should have taken a year’s worth of work finished in approximately four months,” he said.

A crew of over 250 people – almost all of them from Long Island - removed debris from the stage and pumped an estimated three million gallons of water from the theater. The theater underwent several upgrades during the reconstruction efforts, including 4,000 new seats, a new stage made from scratch and improved concession stands.

Reconstruction of the theater ended up costing over $20 million, and was funded by both the state government and insurance.

The re-vamped theater is ready to kick off a full 33-band schedule for the summer. Rascal Flatts rehearsed on the stage Thursday night. “We feel a sense of responsibility to have the platform that we do to inspire people to help each other,” the band’s bass player Jay DeMarcus told CBS News.

Ke$ha and Pitbull are scheduled to perform on Saturday night. About 350,000 people visit the theater every year. Fleetwood Mac, Rush, Dave Matthews Band and Phish are among the 33 headliners set to perform at the waterfront theater this summer.