The New York State Iron Workers District Council and its 10,000 members have endorsed Dave Calone for US Congress in New York’s 1st district. 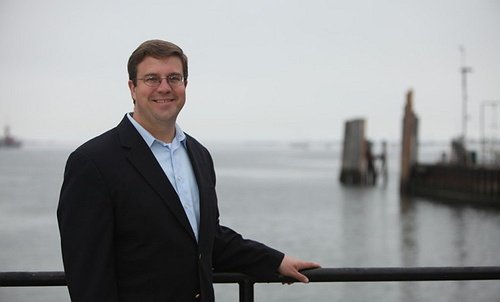 Photo by: Dave Calone for Congress.

District Council President James Mahoney said: “We are enthusiastically endorsing Dave Calone for US Congress because we know that he will be a tireless fighter for the working men and women of New York. Dave has an impressive record of standing up for New Yorkers, both as a prosecutor who saved tax-payers tens of millions of dollars and as someone who’s created real jobs right here in New York. His work as Chair of the Suffolk County Planning Commission has both helped protect the environment and build the foundation for the next generation of jobs on Long Island. Dave isn’t a politician, and that’s why he’s exactly what Washington needs.”

Dave Calone said: “I’m honored to get the endorsement from the men and women of the NY Iron Worker’s District Council. Labor unions built the middle class in this country and anyone who is looking to represent Long Island needs to be focused on representing the values of the middle class. I’m running for office to help bring the next generation of jobs to Long Island and those jobs will be reliant on a robust and active labor community.”

The 1st Congressional District is comprised of the towns of Brookhaven, Smithtown, Shelter Island, Southampton, East Hampton, Riverhead and Southold. Dave is being supported by Assemblyman Steve Englebright, Legislator Sarah Anker from Mt. Sinai, Legislator Rob Calarco from Patchogue, Legislator Al Krupski from Cutchogue and the Brookhaven Town Democratic Committee Executive Board. Brookhaven makes up 60% of the district’s electorate.