Long Island Veteran Gets a Home 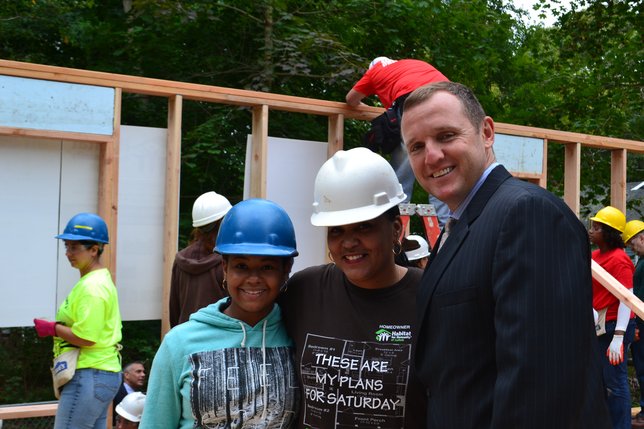 “This is our home where we live and work, and National Grid is steadfast in its commitment to support our veterans and the community,’ said Ken Daly, President, National Grid New York, who helped put up the first wall on Friday alongside other National Grid volunteers. “We are proud to be a part of the Habit for Humanity effort to give a home back to a soldier and a mother who gave up so much for our country.”

The veteran, Kimberly Gilbreath, joined the Army at age 20.  For years, her home was wherever the military needed her service. Following her duties, Kimberly returned to live in her parents’ home along with her young daughter Ryan. There she cared for her mother who was battling cancer and her elderly father who had many ailments.

Throughout the years, Kimberly has found temporary housing for her daughter and herself, but as Ryan entered middle school, Kimberly wanted to provide her with a stable, safe living environment to call home and reached out to Habitat for assistance. National Grid jumped in to help.

Kimberly and Ryan’s new home will be completed in 2014.