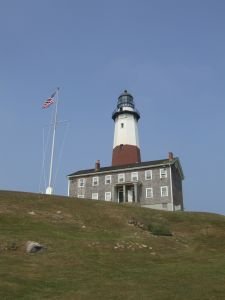 “While we may face difficult fiscal times, Suffolk County is continuing to be lauded for its programs and initiatives that serve for the betterment of Suffolk County and its residents,” said County Executive Bellone.  “This year, our recognition awards have increased from three to nine awards underscoring the County’s commitment to serving the residents of Suffolk County in the best and most efficient manner.”

The nine programs that received honors from the National Association of Counties include:

Creating a Central Department for Labor and Consumer Affairs

Upon Performance Management’s analysis and audit of departmental operations, an opportunity to strengthen the County’s ability to provide consistent information for constituents, enforcement, employment and standards for business operations was immediately realized. By creating a central department of Labor Licensing and Consumer Affairs, the County could better protect the public and support legitimate Suffolk County business owners. Early analysis identified weakness in technology infrastructure in Consumer Affairs, anemic staffing and need for expanded training opportunities. Reduced staffing levels impacted the ability to generate revenue and provide needed public protections and ultimately, forced uneconomic deployment of staff. The consolidation of these departments has enabled expanded administrative strength in Consumer Affairs thereby adding capacity. The result has been the identification of an additional $500,000 in revenue annually and a system that is an accessible, constituent-friendly operation, provides management and training platforms necessary for success, and utilizes technology as a catalyst to promote efficiencies and track licensing.

Creating a Federated Model for Technology

Upon inception of Steven Bellone’s administration as County Executive, an audit and analysis of technology resources County-wide was undertaken by Performance Management and the Department of Technology. What resulted were findings of a fragmented system which became the impetus for initiating a federated plan for technology services in Suffolk County, to maximize resources and leverage technology synergies for departments.

Analysis indicated that the Department of Technology, herein “DoIt” only had oversight of 29% of annual budget dollars and less than 1/3 of the total DoIt staff. With staff placed County-wide, there was no coordination with the Commissioner for planning, purchasing or policy. A widespread view permeated County culture whereby each distinct department had a sense of ownership over closely guarded technology opportunities. This culture created significant problems with developing an enterprise-wide system, managing costs and developing coordination.

Implementation of a Federated model whereby staff stays within their departments but directly reports to central DoIt by budget and reporting lines has resulted in numerous identified technological synergies, cost savings, improved job tracks for employees as well as enhanced security County-wide. This new model has enabled the development of a coherent technical platform that provides the backbone for the County’s ability to understand the business process, track service and monitor performance.

This Project was led by the Suffolk County Executive’s Office of Women’s Services/Community Services and the County’s Division of Information Technology along with a number of criminal justice and victims service agencies all working together to develop and implement this project. These agencies included the Criminal Justice Coordinating Council, Police Department, Office of the Sheriff, District Attorney, Probation and the Domestic Violence and Victims Service agencies: Brighter Tomorrows; Parents for Megan’s Law Crime Victim’s Center; The Retreat Inc.; SEPA Mujer; Suffolk County Coalition Against Domestic Violence; and the Victims Information Bureau. All of the stakeholders met regularly to create a unique database which is used to share information on incidents of domestic violence and to provide a more comprehensive understanding of domestic violence in Suffolk County.

The Suffolk County Department of Health Services regulates and issues operating permits to over 4,500 food establishments, 310 hotel/motels, 171 children’s camps, 40 mobile home parks, 32 campgrounds and 29 migrant farmworker housing facilities. The mission of the Department is to provide the safest possible food service and safe and healthy environments and conditions at all of its regulated facilities. During a natural or man-made disaster the Department is responsible for mounting a rapid response and ensuring that safe food and healthy conditions are provided at all of its permitted facilities. An Emergency Response Kit was developed to enable trained inspectors to perform more efficiently and to provide untrained inspectors with the information and materials needed to conduct emergency inspections. The Emergency Response Kit contains an emergency inspection report, job action plans, instructions for “just-in-time” training, Go-Packs with all of the required forms, equipment, flashlights, thermometers, etc., necessary for conducting emergency investigations and pre-printed embargo notices. The Emergency Response Kit enabled the Department to mount a successful and efficient response to Super Storm Sandy that resulted in no reports of foodborne illness outbreaks and no reports of accidents or injuries at any of its permitted facilities. The Kit resulted in a 69% increase in productivity when compared to the Department’s response to Tropical Storm Irene in 2011.

Multi-department teams were assembled that included representatives from Department of Social Services, Labor, Information Technology, Health, Economic Development and Aging to meet with residents and link them to additional available County resources. Each resident touched by the County was tracked through an intake form and then a team of Constituent engagement coordinators called each person following their visit to ensure that they accessed needed resources and to answer emerging questions related to the aftermath of Sandy.

County staff met and followed up with 2,861 residents from Suffolk County who visited the Disaster Recovery Centers and were in need. County resources were deployed, particularly in regard to food stamp replacement, employment disruption, assistance for the elderly and cleanup efforts. In the process of assisting Suffolk’s residents made vulnerable from the storm, citizen participation and understanding of County government was exponentially enhanced and the ability to bring resources to those made hard to reach by homelessness, electrical loss and displacement was reinforced.

The Suffolk Works Employment Program’s (SWEP) Safety Net Job Search Initiative is designed to assist single individuals or childless couples by enabling the Safety Net (SN) Non-Maintenance of Effort (single individuals or childless couples) population in securing employment by conducting job readiness classes, the assignment and weekly review of the efforts to secure employment, the issuance of community and employment-related resources, including those offered through our One-Stop Employment Center, to bolster their efforts.  The intent of this initiative is to emphasize our “work first” philosophy by empowering this population to achieve self-sufficiency through their newly acquired employment endeavors, while generating cost savings to Suffolk County.

The Suffolk County Department of Health Services requires the proper abandonment of sanitary systems that will no longer be in use. In the past, sanitary systems were abandoned with clean fill material and closed. The Office of Pollution Control, noting the presence of contaminants in groundwater and soil during the review of environmental site assessments, determined that improperly abandoned sanitary systems were a potential contributing factor to the contamination that was being found. As a proactive response to this trend, the Bureau of Environmental Investigation and Remediation within the Office of Pollution Control, requested that the Office of Wastewater Management include an evaluation of the sanitary systems for potential contaminants prior to the final abandonment.

In 2011, a program was implemented such that the Office of Wastewater Management now requires that the Bureau of Environmental Investigation and Remediation be contacted as a requirement of the sanitary abandonment process, prior to releasing their permit to construct. Since being instituted, approximately 200 contaminated sanitary systems have been remediated as a direct accomplishment of the program. As a result, approximately 3,000 tons of contaminated soil and 100,000 gallons of contaminated liquids have been removed from these underground leaching structures, thus protecting the groundwater of Suffolk County.

The Sheriff’s Incarcerated Youth and Reentry Task Force Initiative was launched in September 2011 with the mission of promoting the successful transition of incarcerated youth, between the ages of 16 to 19, from jail to community life. Incarcerated youth face many significant barriers to successful reentry, including family dysfunction, homelessness, substance abuse, educational deficits, lack of employment and mental health issues.  The services provided to the youth through this program address these needs during incarceration and post release. The initiative involves a community-wide collaborative involving more than 30 non-profit and government agencies.  Service providers are invited inside the correctional facility to run a variety of evidenced-based programs, internal case-managers provide transitional assistance to the incarcerated youth, and  post release case-management teams work with the youth and their families following their period of incarceration. The program was launched with no additional county funding; instead the framework was built through coordination and collaboration with existing governmental human services, educational providers, community non-profit agencies and volunteers.

The vast majority of residents and businesses in Suffolk County are served by traditional septic systems and cesspools. Interestingly, Suffolk County is home to roughly one-third of all of the private sewage treatment plants in New York State, but they provide service to only 1.1% of the total land area in the County. While the majority of wastewater is being treated via cesspools or septic systems, the source of Suffolk County’s drinking water is from the ground. In fact, aquifers underlying Long Island are among the most prolific in the country.

In a move designed to provide critical baseline information for economic development and environmental land use planning, Suffolk County developed a GIS database on wastewater infrastructure. This new mapping tool is now used by the public and private sector to inform a region-wide perspective on the status of wastewater treatment infrastructure; the areas and populations served by this infrastructure; and the available treatment capacity.