Maria Cepparo, 40, of Bay Shore left her four kids in the car while she drank in Momo's Sports Bar and Grill. 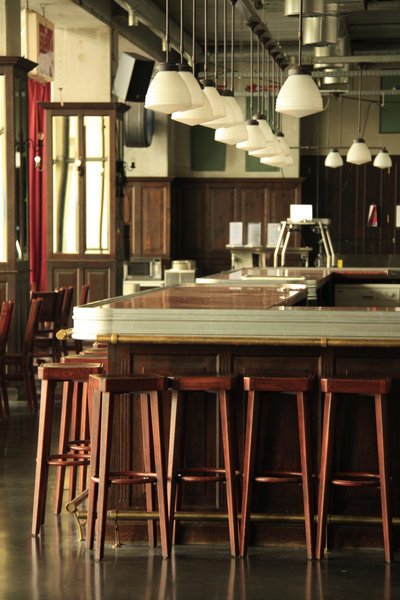 On Saturday night the manager of Momo’s Sports Bar and Grill in Holbrook found it strange when a woman who had been drinking walked out with fries and quickly came back empty handed. The Momo’s manager went outside to see what was going on when Maria Cepparo, 40, of Bay Shore, did it again a half-hour later.

What the manager found were Cepparo’s four kids in an unlocked and unheated 2012 Ford Focus that was illegally parked in a fire zone. Inside the car were a 13-year-old autistic boy, twin six-year-old girls, and an eight-year-old boy.
The bar manager immediately notified police after finding the kids unattended while their mother partied away inside. The children were unharmed when Suffolk police arrived. Cepparo was arrested a little after midnight on multiple counts of endangering the welfare of a child.
The Bay Shore woman was released on her own volition and is expected back at the First District Court in Central Islip on May 20. The four Cepparo children are currently in the custody of their grandmother.
This is the second incident in the last few months Momo’s Sports Bar has been in the news because a patron got out of hand. In September a brawl occurred outside the popular Holbrook hotspot that left Julian Pena, 29, dead after being stabbed. The fight broke out a little after the alleged killer, Robert Gregory, 19, and his friends were denied entry. The bouncer refused to let the seedy group in to the bar after he’d seen them drinking in the parking lot.
Pena and his friends left Momo's to go across the street to 7-11 and the fight broke out after they ran in to Gregory's group. Gregory was charged with second degree murder for the incident. Julian Pena, a six year Navy veteran, left behind a two-year-old son and was studying to be a Nuclear Engineer at Stony Brook.