Accabonac Solar, the first megawatt-scale solar power plant on the South Fork, is now up and running. 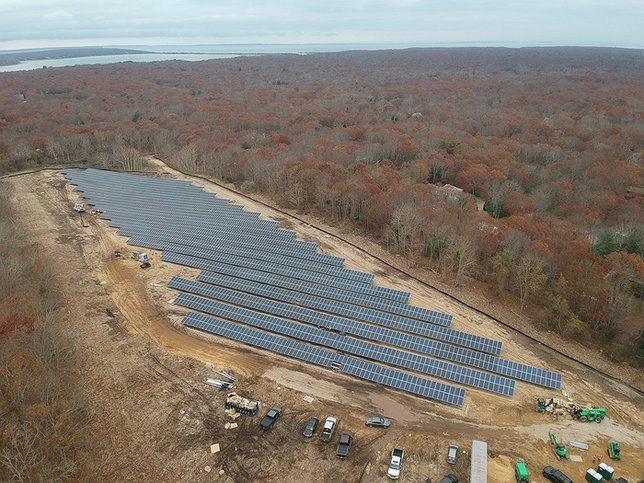 The largest solar farm on the south fork of Long Island is now operation and connected to East Hampton Town’s electrical grid. Accabonac Solar in Springs is the first megawatt scale solar farm in the area, built on a decommissioned town-owned brush dump by Colorado based company AES Distributed Energy.

In 2014, the Town of East Hampton became the first municipality on the East Coast to adopt the goal of meeting 100 percent of community-wide electricity needs with renewable energy sources by 2020, and to meet the equivalent of 100 percent of annual community-wide energy consumption in all sectors (electricity, heating, and transportation) with renewable energy sources by 2030.

The town says that a diverse group of technologies, policies, and approaches is in-use to achieve those goals.