This is first death associated with West Nile virus in Suffolk County since 2010 and the fourth confirmed case this year. 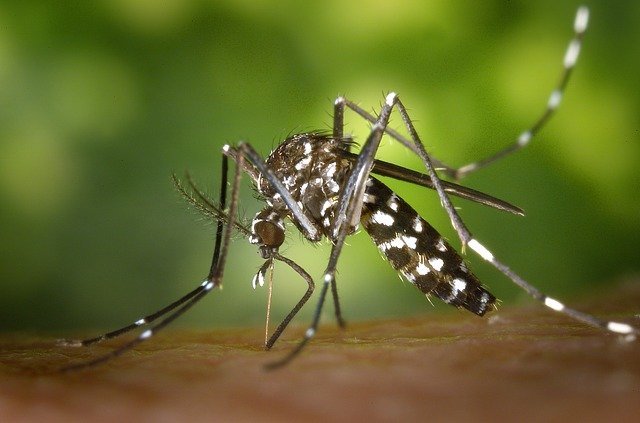 West Nile virus is transmitted to humans by the bite of an infected mosquito.

Suffolk County, NY - September 28, 2017 - Suffolk County Commissioner of Health Dr. James Tomarken reported that the New York State laboratory has confirmed that an adult who died this month has tested positive for West Nile virus.
The Town of Islip resident, who was over the age of 50, began experiencing symptoms associated with West Nile virus late in August, was hospitalized in mid-September, and died a several days later.
“I extend my sincere condolences to the individual’s family,” said Dr. Tomarken.
This is first death associated with West Nile virus in Suffolk County since 2010 and the fourth confirmed case this year. The other three individuals who were confirmed to have contracted West Nile virus have either recovered or are currently recuperating. Two of the individuals were from the Town of Smithtown and one was from the Town of Brookhaven.
West Nile virus is transmitted to humans by the bite of an infected mosquito. It is estimated that 20 percent of those who become infected will develop clinically noticeable symptoms of West Nile virus disease. Mild symptoms may include fever, headache and body aches, skin rash and swollen lymph glands. More severe symptoms include high fever, headache, neck stiffness, stupor, disorientation, coma, tremors, convulsions, muscle weakness, vision loss, numbness and paralysis. West Nile virus can be fatal. Residents who experience symptoms are advised to visit their healthcare providers.  While there is no specific treatment for West Nile virus, patients are treated with supportive therapy as needed.
Individuals who are most at risk for severe infection include those over 50 years of age and those with chronic illness or compromised immune systems. These individuals are urged to take precautions to avoid being bitten by mosquitoes during mosquito season, which extends from June 1 through November 1.
Among the recommendations: use insect repellent containing DEET, spray clothing with repellent containing permethrin, avoid going outside from dusk to dawn when most mosquitoes are active, wear long sleeves and long pants when nighttime activity is unavoidable, eliminate standing water from flowerpots, clogged gutters, recycle bins, birdbaths, toys, swimming pool and hot tub covers.
Suffolk County reported five human cases of West Nile virus in both 2015 and 2016, one case in 2014, and four cases in both 2011 and 2013. Comparatively, the county reported 14 human cases in 2012 and 25 in 2010, the year in which the virus claimed three lives. Prior to 2010, the virus claimed two lives in Suffolk County in both 2002 and 2003.
Individuals who have medical questions related to West Nile virus may call the Department of Health Services: 631-854-0333.
To report mosquito problems or stagnant pools of water, call the Department of Public Works’ Vector Control Division at 631-852-4270.
Follow us: