Popular local eatery, recently given an extensive renovation, has been family-owned and operated since 1949. 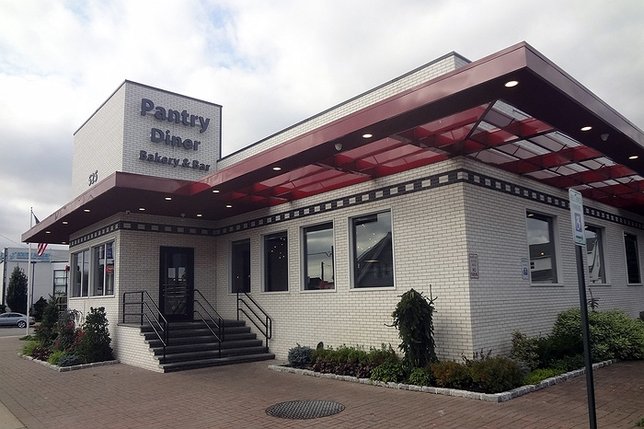 The Pantry Diner is located at 525 Merrick Road in Rockville Centre, NY.

Rockville Centre, NY - Sept. 25, 2018 - The Pantry Diner of Rockville Centre has been a fixture on Merrick Road since it first opened its doors for business in 1949. That same year, current owner Tommy Mavroudis’ grandfather purchased the establishment, and the eatery has remained in the family ever since.
“My parents later became involved in the diner in the 1960’s, but separately at first,” Mavroudis said. “My mother was the owner's daughter, and my father was a dishwasher. That's how it started. Initially, her parents weren't very happy, but obviously it worked out well in the end.” 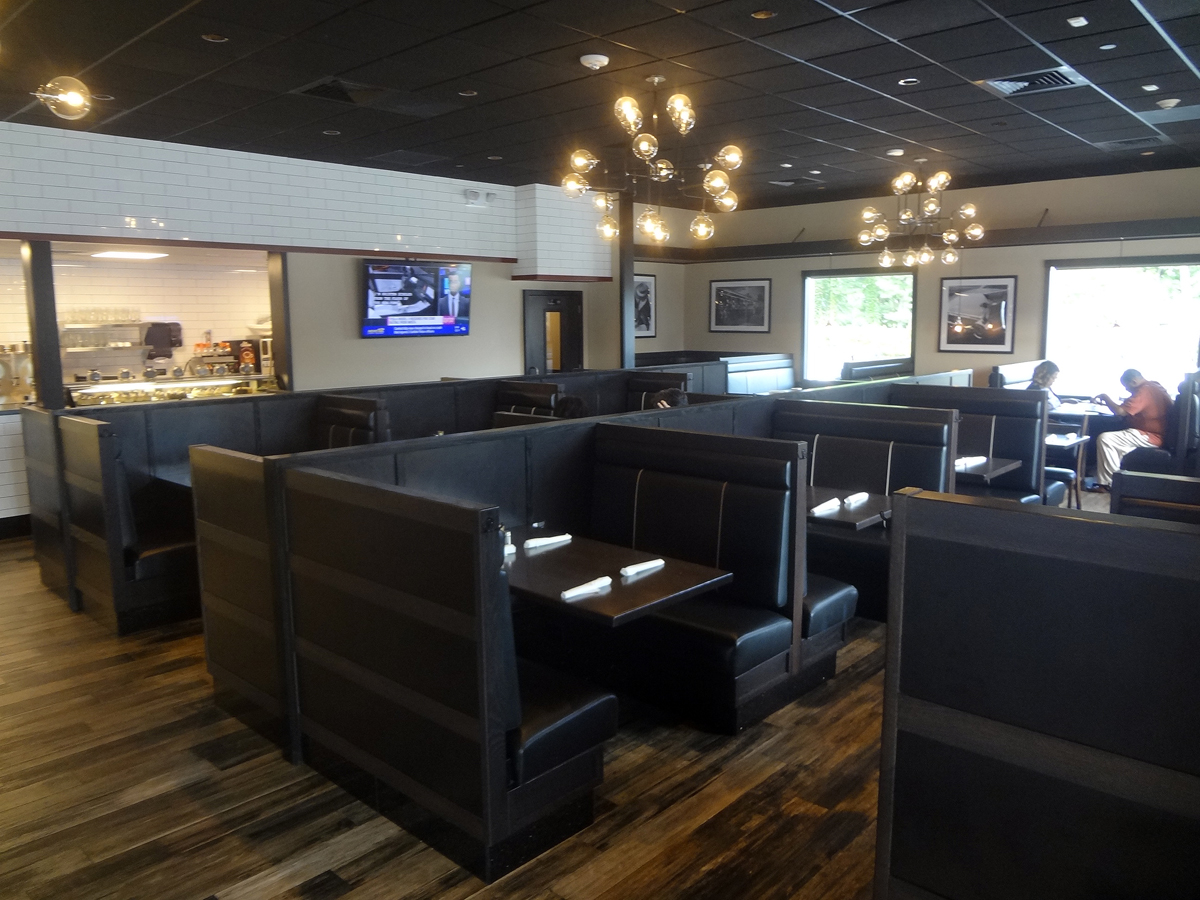 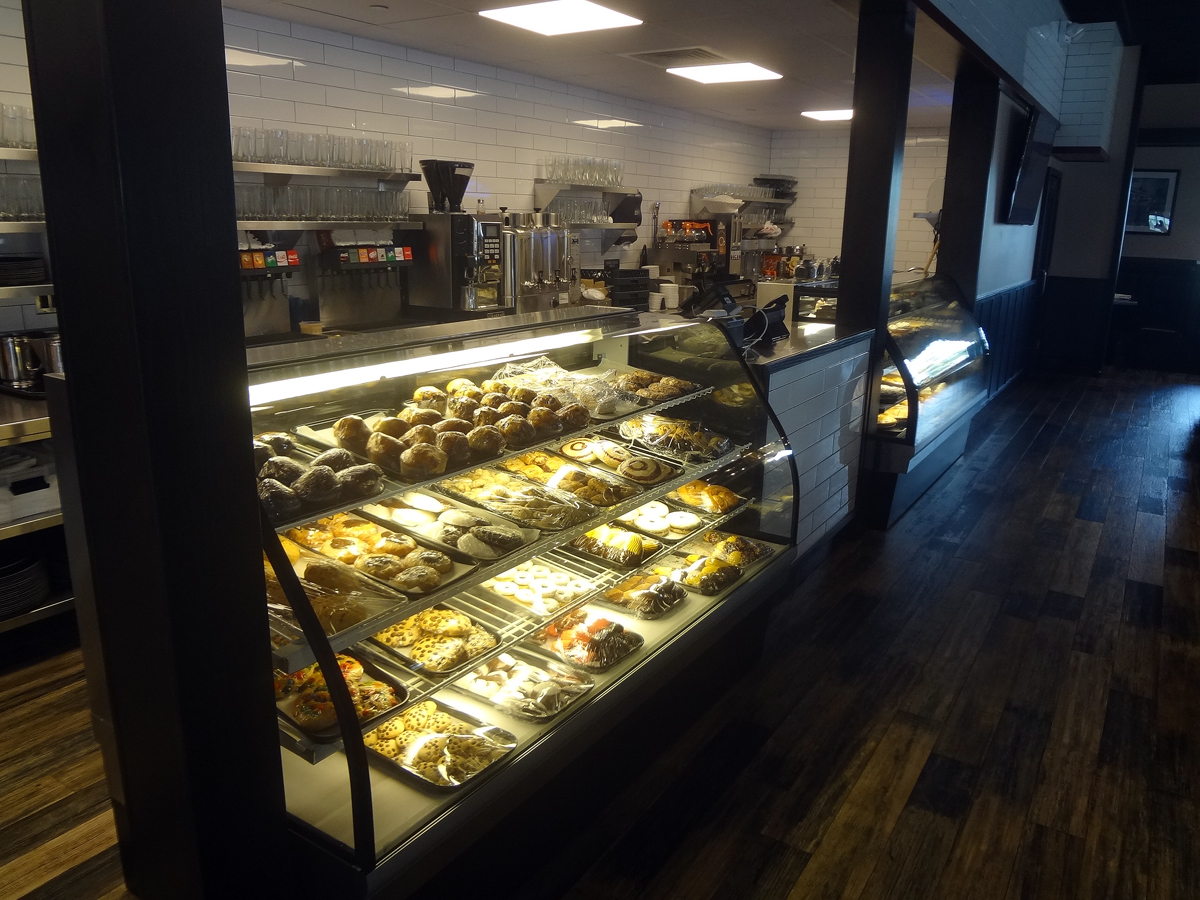 The Pantry Diner retains a few vital elements of its past, including an extensive bakery counter. Photo Credit: Chris Boyle
Pantry Diner was recently renovated over the course of several years after a kitchen fire caused a great deal of damage to the building. Mavroudis noted that the entire establishment was essentially gutted and rebuilt, with the goal being to evolve its look and feel to appeal to a new generation of restaurant-goers.
“The fire happened in 2011, and we finally opened up for business again in April of this year. At the time this was an older diner, and the fire gave us the kick in the pants to really do something different,” he said. “Over the years while I was working here I kept things in the back of my mind that I wanted to do differently, and I really wanted to bring the diner into the 21st century. I wanted to modernize the look, modernize the menu. I think we now look like a very nice, casual restaurant...very diner-like, but more than that as well.” 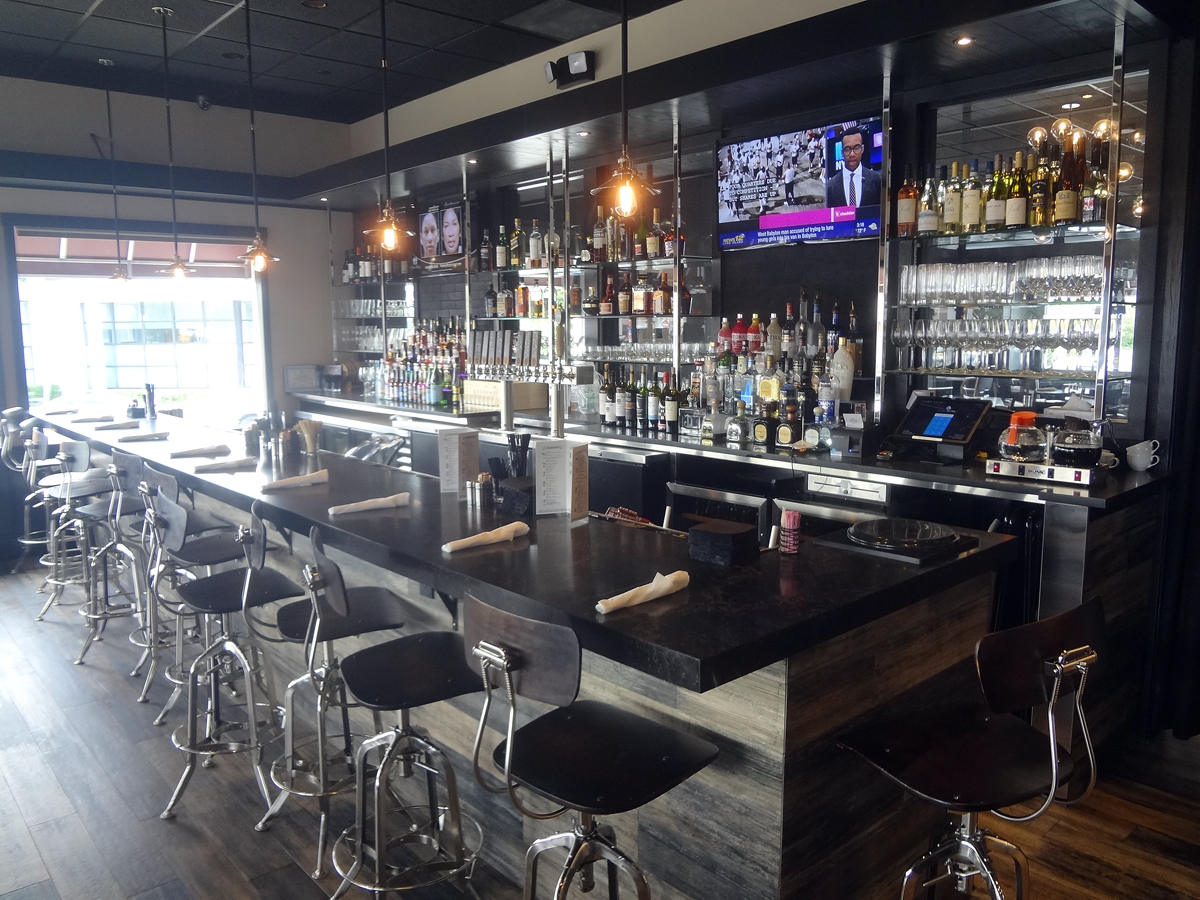 The Pantry Diner features a small lounge and bar area. Photo Credit: Chris Boyle
Despite the upgrade to the overall environment, Pantry nonetheless retains a few vital elements of its past, including an extensive bakery counter, a small lounge and bar area, and an party room in the back that can be rented out for various events.
In addition to upgrading the building itself, Mavroudis noted that the menu also received a much-needed overhaul. While you'll still find many stereotypical diner favorites on offer, you'll also discover a number of unconventional items as well.
"We kept some of the core classics...we still make a lot of what we used to make, but we tried to cut down the menu a lot and bring in a lot of the fun things that small bar/restaurants are doing,” he said. We want to give people the comfort foods that they've come to expect from a diner, but also things they've never seen in a diner....we're trying to bridge that gap.” 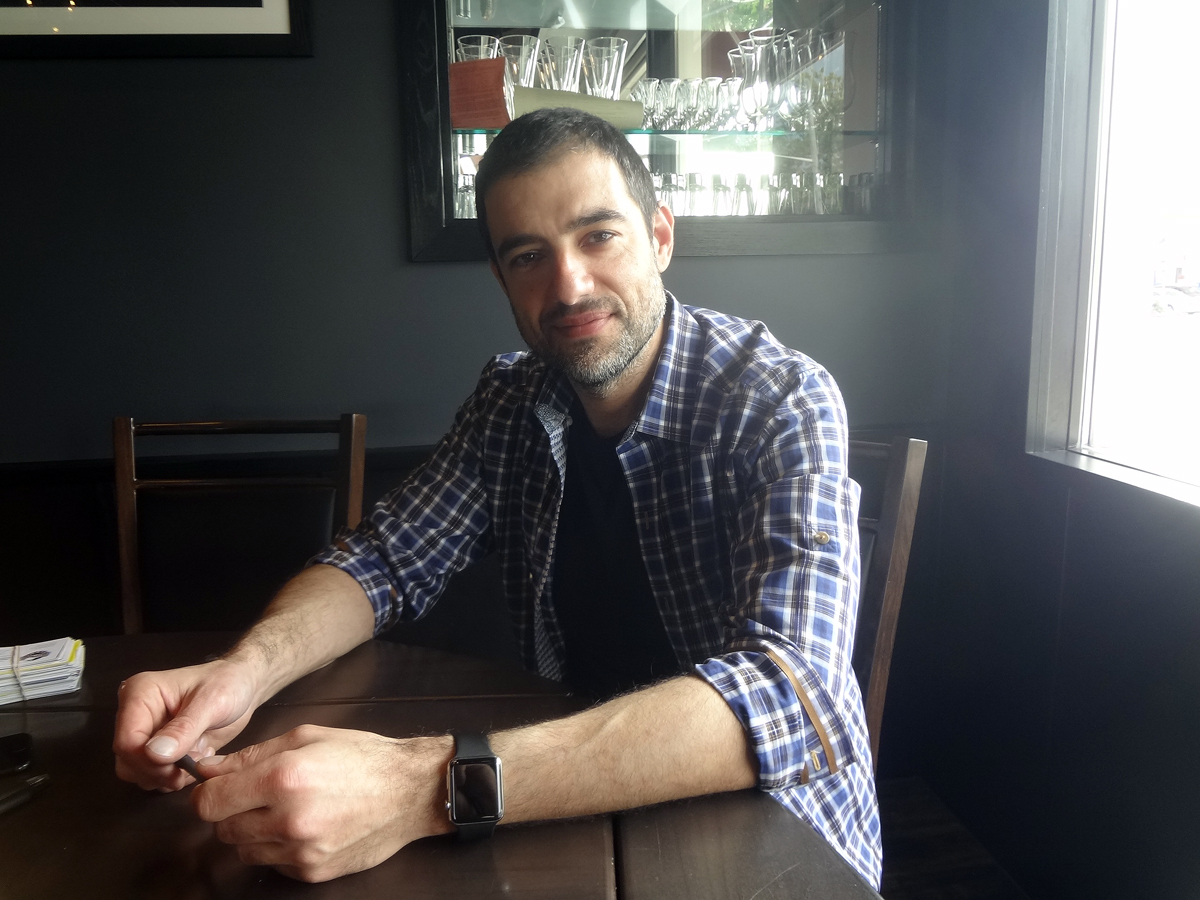 The Pantry Diner's owner, Tommy Mavroudis. Photo Credit: Chris Boyle
One example he gave of his new, cutting-edge menu fare is a popular sandwich he calls the Turkey Pretzel, which consists of a pretzel croissant from Brooklyn which, combined with turkey and gouda cheese, really makes for an uncommon taste sensation that has proven to be a hit with customers. 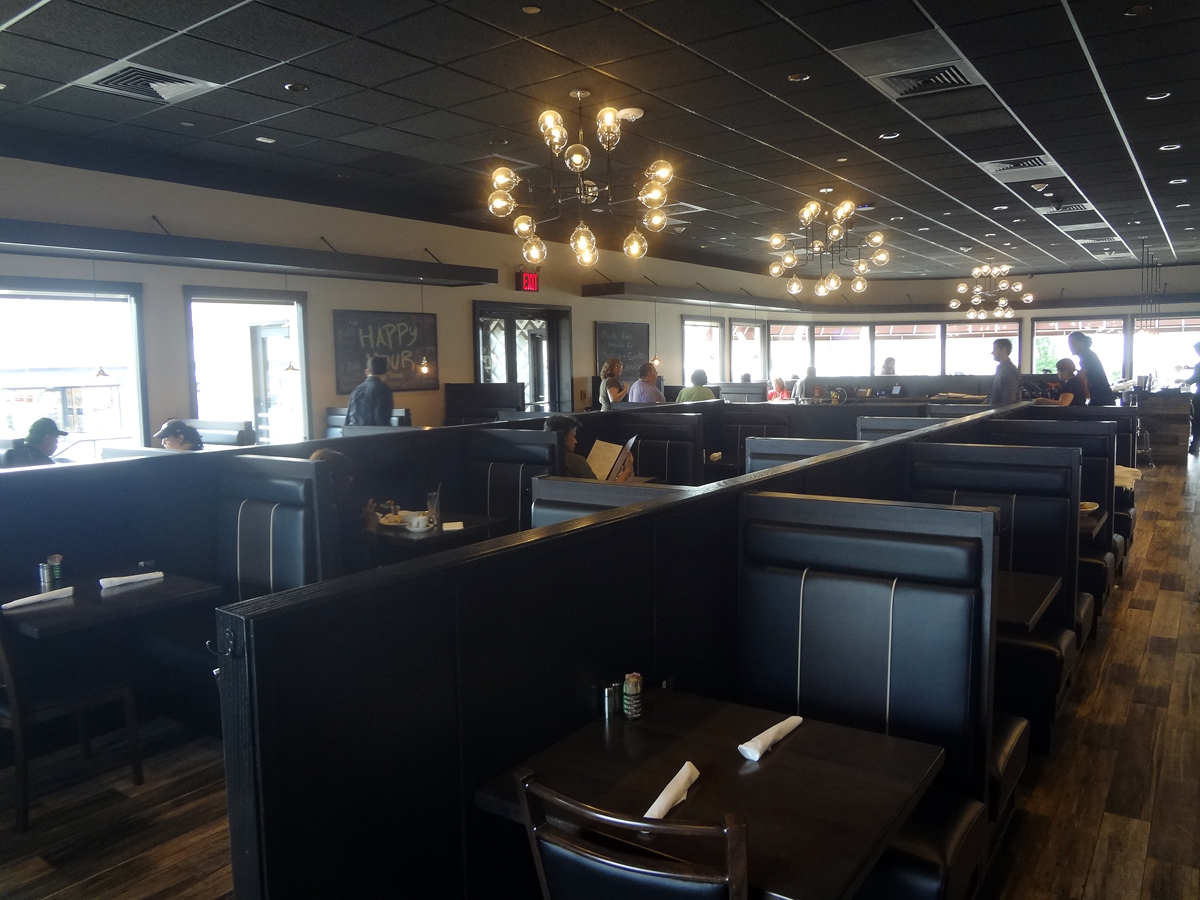 The diner comes in at approximately 6,000 square feet and features seating for about 220. Photo Credit: Chris Boyle
On top of that, there are numerous other items on the menu that Mavroudis said are really head-and-shoulders above what the competition is offering to their patrons, with an emphasis placed upon taste and freshness.
“My seafood is wild-caught halibut, wild shrimp, all fresh and top-of-the-line,” he said. “Everywhere we could, we really just stepped up the game in terms of the food. We serve pure maple syrup with every pancake order, we use cage-free brown eggs…we just tried to bring everything to a new level.” 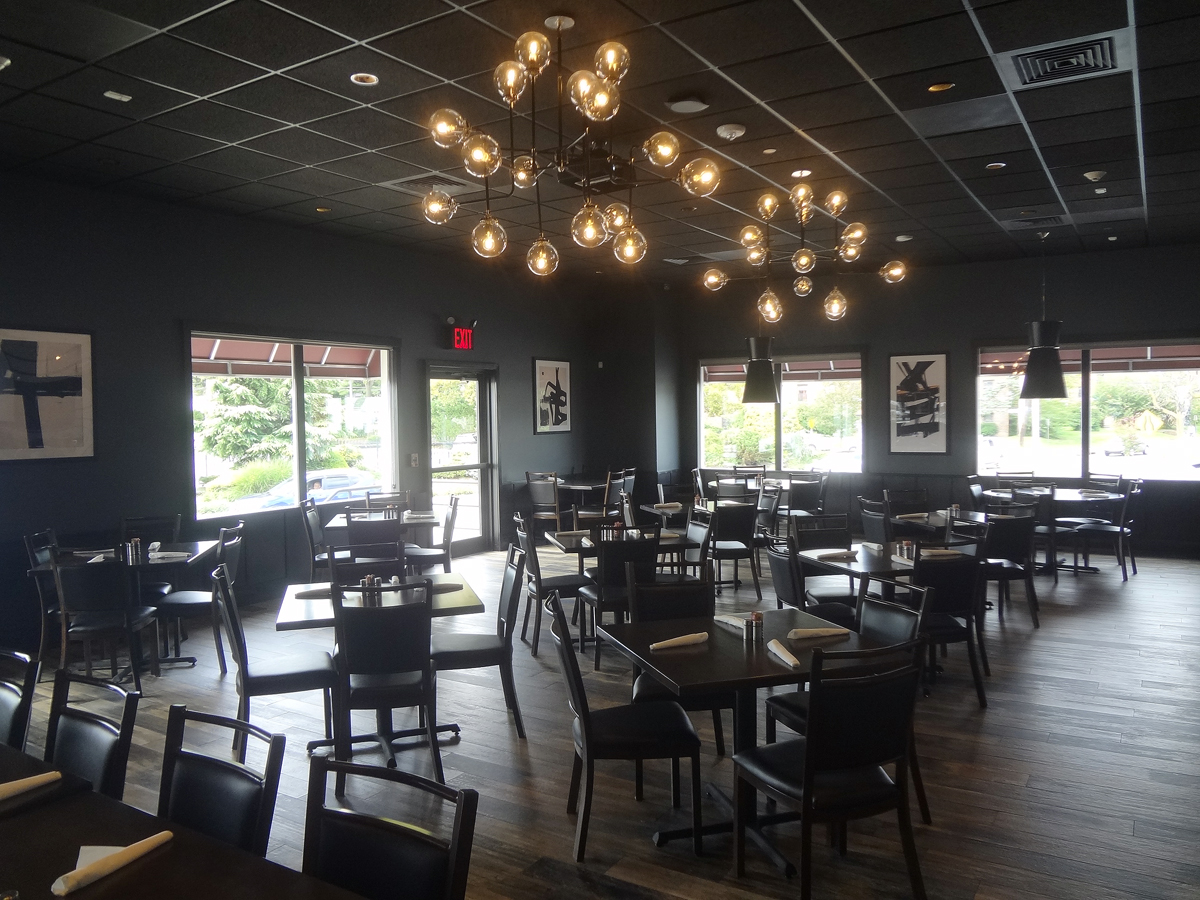 The diner includes a party room in the back that can accommodate between 70 and 80 individuals. Photo Credit: Chris Boyle
Currently Mavroudis runs Pantry Diner with his wife Erica, and said that he takes a great deal of pride in continuing a long-standing family tradition of bringing delicious food to the masses while continuing to innovate in order to keep things fresh…and the customers coming.
“It's been fun, it's been exciting...you love to see people's reactions when they first walk in the door because it's not really what they're expecting, especially when you're pulling up from the outside and they initially think it's just a nice, simple building,” he said. “Business since we re-opened has been very good...it's been busy and we finally have a good crew that's up to speed, because this is not a business for people who can't keep up. But it's been a lot of fun and I'm looking forward to seeing what the future will bring.”
To find out more, visit Pantry Diner’s website at www.pantrydiner.com.