Governor Andrew M. Cuomo today announced the release of a Request for Information to help finalize guidelines for the New NY Broadband Program, which has undertaken the ambitious goal of substantially expanding high-speed broadband service ... 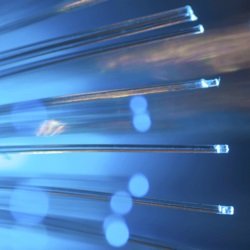 Albany, NY - September 24, 2015 - Governor Andrew M. Cuomo today announced the release of a Request for Information to help finalize guidelines for the New NY Broadband Program, which has undertaken the ambitious goal of substantially expanding high-speed broadband service in New York State by the end of 2018. Earlier this year, Governor Cuomo made the Nation's largest and most aggressive state investment in broadband with the commitment of $500 million in capital for the Program.

“High speed internet access has become an essential ingredient of any strong economy and New York is leading the nation to close the broadband gap,” Governor Cuomo said. “With this action, we are engaging providers, municipal leaders and other stakeholders to help ensure the New NY Broadband Program leverages the State’s investment in the best way and fulfills its goal of providing access to high speed Internet to every New Yorker in every corner of this state."

The Request for Information is one of the final steps in determining the program’s guidelines. It presents interested parties and stakeholders with an opportunity to contribute their ideas and recommendations for designing the Program, leveraging partnerships and identifying barriers and challenges to meeting broadband access demands.

Empire State Development President and CEO Howard Zemsky said, “Access to high-speed Internet is vital to ensuring that all New Yorkers can reach their full potential in today’s technology-driven world. Under Governor Cuomo’s leadership, the New NY Broadband Program will lay the foundation for a stronger and more competitive New York for years to come. We look forward to reviewing ideas from local and community stakeholders on how to meet the diverse broadband needs across the Empire State.”

Broadband is an essential component for creating and sustaining economic opportunity throughout New York State by connecting businesses and consumers with markets around the globe. While New York’s broadband landscape has seen substantial improvements over the past four years, many households are still unable to fully access it. A map of New York State demonstrating the vast number of areas without high-speed broadband access can be viewed here. A regional breakdown of current broadband accessibility is also available here.

The New NY Broadband Program is designed to correct this problem by ensuring that every New Yorker has access to high-speed Internet by 2018. Key elements of the Program include: