Three new appointments have been made to the Nassau County Interim Finance Authority. 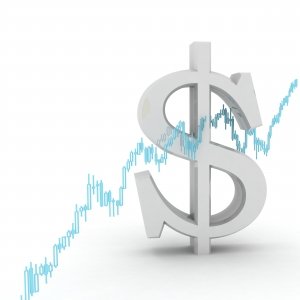 Albany, NY - September 18, 2013 - Governor Andrew M. Cuomo today appointed Jon Kaiman, Paul D. Annunziato and Lester Petracca to the Nassau County Interim Finance Authority (NIFA). Created in 2000, the mission of NIFA is to ensure that Nassau County implements necessary steps to close future financial budget gaps. The seven member Board is appointed by the Governor with two members recommended by the Legislature and one member recommended by the State Comptroller.

“I am pleased to announce the appointments of Jon Kaiman, Paul Annunziato, and Lester Petracca to the Nassau County Interim Finance Authority,” Governor Cuomo said. “Each of these individuals bring a wealth of knowledge and expertise that will benefit both state government and Nassau County. I am confident that their contributions will help to ensure responsible fiscal planning for the region and ultimately protect taxpayer dollars.”

Mr. Kaiman has had a distinguished career in public service. Most recently, he was appointed by Governor Cuomo as a Special Advisor for Long Island Storm Recovery, which involves coordinating state support for the New York Rising Communities on Long Island. Mr. Kaiman has also served as the Supervisor of the Town North Hempstead, where he managed all daily operations and budgets totaling $150 million. Under his leadership the Town of North Hempstead was awarded the International City/County Management Association Performance Award in 2011 and 2012.

Prior to becoming North Hempstead Town Supervisor, Mr. Kaiman served as a Nassau County District Court Judge and Town of Hempstead Public Safety Commissioner from 1998-2002. He was also a Partner at Crowe, Deegan, Dickson, along with Kaiman and Finkel, both general practice law firms. Mr. Kaiman graduated from Hofstra University School of Law and Hofstra University.

Mr. Annunziato currently serves as First Vice President and Financial Advisor for Morgan Stanley. His responsibilities include but are not limited to providing investment services to individuals and corporations, asset allocation, retirement and tax planning, and survivor protection. Prior to his work at Morgan Stanley, Mr. Annunziato served as a Wealth Management Advisor for Merrill Lynch, as an Account Executive for Thomas James Associates in Rochester, New York, and as a Reorganization Administrator for Bankers Trust Corporation in the Reorganization Department of New York.

Mr. Annunziato is a graduate of the Rochester Institute of Technology, where he received his B.S. in Business Administration. He has also successfully completed a number of academic and professional development programs with Merrill Lynch, in Princeton, New Jersey, Sheffield Polytechnic Institute in Sheffield, England, and the College for Financial Planning in Denver, Colorado.

Mr. Petracca currently serves as the president of Triangle Equities. Triangle Equities specializes in developing real estate across New York State through public-private partnerships and has had a number of successful projects. Notable is the Triangle Junction project, a 300,000 square foot Target center, which has led to the revitalization of the Flatbush Avenue area of Brooklyn. Working with city and local community groups, the business has also received acclaim for several projects in College Point, New York.

Governor Cuomo also thanked Ronald A. Stack for his service and dedication as Chairman of the Nassau County Interim Finance Authority. At NIFA, Chairman Stack worked closely with state, county and local partners to stabilize the long-term financial matters of the County under numerous fiscal challenges and large budget gaps.