The FIMP project is the latest in New York State's climate-change preparation. 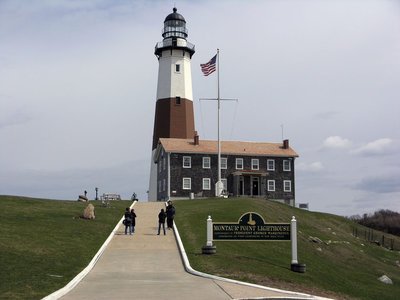 Governor Cuomo announced that New York State supports the $700 million federally funded U.S. Army Corp of Engineers project to upgrade the natural and manmade storm protections between the Fire Island Inlet and Montauk Point. Over 83 miles of land will be covered overall.

“Not only is this area important to local tourism and the economy, it is also a critical natural barrier protecting the inland. This project will protect local communities and residents against future storms, including shoring up defenses in coastal areas.” Cuomo said. “It will also address an immediate need to restore beaches and upgrade dunes to reduce the potential risks to families and property as a result of storm surges. New York looks forward to collaborating with the Army Corps of Engineers and local communities on our continuing storm recovery efforts.”

The FIMP project is another preventative measure in New York to protect us from storms like Sandy and the climate change ahead of us. The plan is to enhance dunes along the coast, install surge dampening natural infrastructure along the bays, elevate 4,000 flood-prone structures, and have better structural and maintenance modifications to facilitate the movement of sand along the shoreline.

Senator Schumer said of New York State’s approval, “By agreeing to pick up the full tab for this project the federal government had virtually guaranteed that this critical coastal protection project will be built, and now that the state has given its formal approval, the project can move forward. Homeowners and residents along this 83 mile coast can feel a little more secure knowing that vital protections, in the forms of dunes, berms, beaches and more will now be constructed.”

The Disaster Relief Appropriations Act of 2013 provided the $700 million for the FIMP project. Together New York State and the Army Corps of Engineers will complete an environmental review which will help tweak and perfect certain aspects of the project.