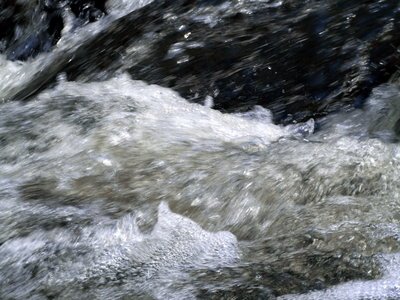 Mike Banuelos, a spokesman for the Boulder County Emergency Operations Center said the town of 1,600 people was virtually cut off when floodwaters washed out U.S. Route 36, and residents have been without water and power for 48 hours, according to a Reuters report.

The fury of the heavy summer rains that began on Monday night hit some of Colorado’s largest urban centers in a 130-mile area along the eastern slopes of the Rockies from Fort Collins near the Wyoming border south through Boulder, Denver and Colorado Springs.

At a news conference Friday, Gov. John Hickenlooper said, "It's got to be the largest storm that I can imagine in the state's history." He said evacuations were the highest priority and advised people to stay out of debris- and sand-filled floodwaters that were "almost like liquid cement."

Three people are confirmed dead from the flooding. One body was found in a collapsed building near Jamestown, an evacuated enclave north of Boulder.

A couple were swept away in floodwaters after stopping their car northwest of the city. The man's body was recovered but the woman was missing and feared dead, said Commander Heidi Prentup of the Boulder County Sheriff's Office.

Police found the body of a third confirmed fatality, a man, during flood-watch patrols in Colorado Springs, about 100 miles to the south, officials said.

Kari Bowen, a meteorologist with the National Weather Service, said the rains should slow on Friday, but intermittent showers may bring up to an inch of rain to hard-hit Boulder and Larimer counties on Friday as the bulk of the rainfall moved east.

"We're still expecting some flooding to occur, but not quite as bad as the last couple of days in terms of the amount of rain that we've been getting," she said.

In Boulder, surging floodwaters in Boulder Canyon above the city triggered the evacuation of some 4,000 residents late on Thursday.

Boulder Creek, which runs through the heart of the city, burst its banks and flooded adjacent parking lots and streets. In Longmont, about 14 miles northeast of Boulder, the St. Vrain River flooded main thoroughfares and cut the city in two.

A dozen major roads in northeastern Colorado remained shut with significant damage from flooding, mudslides, rockfalls and other debris, the Colorado Department of Transportation said late on Thursday.

The NWS reports that at least 12.3 inches of rain have fallen on Boulder this month, shattering the 73-year-old rainfall record of 5.5 inches for September.