Student loan debt is a drag on economy and pushes recent grads away from lower paying, but critical and fulfilling jobs. 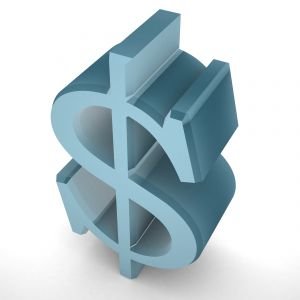 Albany, NY - September 11, 2013 - Today, on a press conference call, U.S. Senator Charles E. Schumer said that the federal Department of Education (ED) and the Department of Labor (DOL) should coordinate and work to ensure that employers in the public service sector notify new hires that they are eligible for critical student loan advantages, and ultimately student loan forgiveness. Schumer cited a recent Consumer Financial Protection Bureau (CFPB) study that revealed approximately 33 million Americans, approximately one-quarter of the workforce, are eligible to participate in the Public Service Loan Forgiveness Program (PSLF) because they are in professions like teachers, cops, firefighters, nurses, and soldiers. Schumer highlighted that the benefits of the PSLF are significant and two-fold: first, qualified employees in the field can reduce their monthly student loan payment to 15% of their discretionary income, and second, that after ten years of payments, qualifying student loans will be completely forgiven. But, far too many don’t know they qualify, and miss out on tens of thousands in savings. For example, Schumer explained that of the 1.6 million eligible for the ‘Pay as You Earn’ program - one-such federal income-based repayment plan for loans since 2011- a mere 40,000 consumers enrolled nationwide.

Schumer said that the federal government must do more to require employers in the public service sector to notify employees of this benefit, which not only helps reduce ever-growing student loan debt in the U.S., but rewards individuals and encourages them for working in these critical, but lower-paying jobs. Schumer outlined a “tool kit” that Department of Education and Department of Labor could provide to employers, and suggested that the form to enroll employees into the student loan forgiveness program be included in existing federal benefit packages provided to new hires.

“Total student loan debt is now over a trillion dollars: it’s a staggering figure that reminds us that too-often our students are graduating with a huge weight on their backs. Often, this results in our best and brightest bypassing public service jobs that are meaningful and critical to our society, because they are lower paying. Or, equally troubling, our recent grads choose public service but don’t get the financial assistance on their student loans that they deserve because they don’t know they qualify,” said Schumer. “That’s why I’m asking the Departments of Education and Labor to work together with public sector employers to do a better job of informing new hires of these benefits, which will allow teachers, firefighters, cops, nurses and more to save a little more each month and even have their loans completely forgiven. We need to make sure student loan debt doesn’t disqualify our recent graduates from pursuing a career in one of these rewarding fields and our teachers and nurses aren’t missing out on valuable savings.”

Congress enacted the College Cost Reduction and Access Act of 2007 and defined eligibility as one who is employed with a federal, state, or local government agency, entity or organization, or a non-profit that has been designated as a 501(c)(3) tax-exempt, which includes Government, Public Education, Nonprofits, Public Healthcare, Military personnel, Law Enforcement, among others. IBR, was also created by this law and is designed for borrowers with lower incomes compared with their debt, or who are pursuing careers in public service.

In a letter to the ED and DOL, Schumer urged that the agencies work together to increase awareness of the student loan benefits for employees in those fields. Specifically, Schumer said that this must be done through tough recommendations, or even requirements, for public service sector employers. Schumer said to Secretary Duncan and Secretary Perez that the written form to enroll employees into the student loan forgiveness program and Income-Based Repayment program should be included in existing federal benefit packages provided to employees in public service jobs. Many written forms, including workers compensation and Social Security, are already required by Department of Labor. Schumer also said employers should provide partially-completed certification forms to existing employees annually and upon separation, and that an employer’s payroll processing provider could generate these forms when sending IRS W-2s annually. Schumer also suggested that employers in the public sector appoint a human resource team member in charge of helping employees, and certify employees so they can track their repayment process in tandem with their workplace. This process would be free to employers, and would begin the process of tackling their employees’ student loan debt issues.

Schumer highlighted the benefits of the Public Service Loan Forgiveness Program for Upstate New Yorkers that are employed full-time:

Schumer provided an example of repayment and forgiveness for a single borrower with $75,000 in qualifying debt at 6.8% who performs ten years of public service. If that borrower has a starting income of $35,000, and an annual increase of 3%, their monthly payments in Year One will be $246 and in Year Ten will be $321. The borrower will pay $33,850 total during those ten years, and the total amount forgiven will be $92,150 after ten years. In comparison, that same individual without public service, over a 25-year repayment plan, would pay $107,655.

Based on analysis by the CFPB of various labor data, the portion of the labor force employed in positions meeting the statutory definition of “public service” is substantial – more than a quarter of the workforce may be engaged in public service as defined by Congress in the College Cost Reduction and Access Act of 2007, and a significant number in New York.  On the call, Schumer provided county-by-county data in Upstate New York State who are examples of the thousands that are likely missing out on this student loan benefit:

Only federal Direct Loans – that is, those originated by the Department of Education – qualify for forgiveness under the program. However, a borrower with other federal student loans, like, federally guaranteed student loans originated under Federal Family Educational Loan (FFEL) can consolidate these federal loans into a new Direct Loan to qualify. Experts at the CFPB have noted that early involvement can maximize forgiveness and alleviate any distress that borrowers might face. Public service employers can play a critical role in ensuring borrowers maximize these benefits by serving as a trusted source of information for their employees and assisting borrowers in navigating various programs.

A copy of Schumer’s letter appears below:

I write to you on behalf of New York and America’s public service workers who may be unaware of their potential eligibility for federal student loan repayment and forgiveness programs. With student loan debt surpassing $1 trillion, it is critical that our teachers, fire fighters, soldiers, nurses, and other public service workers know about their opportunities to save money and get out from under the burden of debt. We must work together to ensure that employers inform those employees working in the public service sector of the advantages of loan forgiveness and repayment options available to them, such as the Income-Based Repayment (IBR) plan and the Public Service Loan Forgiveness (PSLF) program. I urge the Department of Education and Department of Labor to collaborate and play a more active role in encouraging employers to inform eligible Americans about these benefits using all available resources.

A recent report from the Consumer Financial Protection Bureau indicated approximately 33 million Americans, or one-quarter of the nation’s workforce, are working in public service and therefore eligible to participate in PSLF.  Congress enacted the College Cost Reduction and Access Act of 2007 and defined eligibility as one who is employed with a federal, state, or local government agency, entity or organization, or a non-profit that has been designated as a 501(c)(3) tax-exempt. IBR, was also created by this law and is designed for borrowers with lower incomes compared with their debt, or who are pursuing careers in public service. I am pleased that Congress saw the value in public service and realized that people in these fields often do not earn incomes as high as their private sector counterparts. These programs hold potential value to not only the public service employees but also to our country as a whole. However, these programs will only be beneficial if borrowers sign up.

As the federal agencies that oversee the federal student loan program and our workforce, I implore you to create a partnership to assist public service employers in informing their employees of available federal benefits. I am concerned that eligible public sector employees in New York are unaware of these special opportunities and therefore are not taking advantage of them. I urge you to create or utilize existing tool kits for employers through which they can inform and provide resources for their public sector employees’ loan repayments and potential forgiveness. In addition, I request that you urge employers to include enrollment forms for student loan forgiveness programs, such as the Employment Certification Form, in existing benefit packages provided to new hires. This will increase employee awareness of the full benefits and opportunities of student loan repayment and forgiveness options available in various public sector places of employment. I believe strongly that the federal government should do all that it can to assist in this effort.

In New York State, those working in the public service sector could be saving tens of thousands of dollars if eligible for loan forgiveness or repayment plans. Our nation’s public teachers, health workers, and government employees may be missing out on the opportunity to lessen the burden of student loan debt from their lives. Increasing awareness and enrolling more qualified employees in the Public Service Loan Forgiveness Program or the Income-Based Repayment plan could serve as a powerful incentive encouraging recent college graduates to consider investing their time in public sector employment. An increase in public sector jobs would be a reinvestment in our national economy. Thank you for all that your agencies do for America’s students, graduates and workers and for prioritizing college affordability and helping to ease student loan debt.