Baseball Comes to an End in NY, Football Forges On

The Yankees were soundly defeated by the Tigers, but the Giants and Jets both played solid games.

Yankees Swept Out of the Postseason

After losing both their captain and the first two games of the ALCS, things went from bad to worse for the Yankees when the series moved to Detroit. 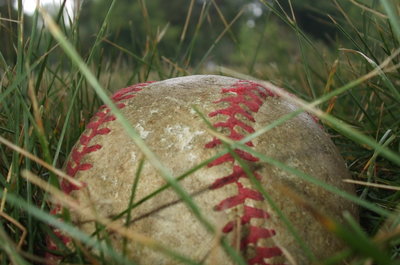 Despite another strong performance by New York’s pitching staff, this time led by Phil Hughes, the Yanks were only able to score a single run off the bat of Nunez in the 9th inning. It made the game close, but it was not enough to overcome the two scored by the Tigers in the fourth and fifth innings.

Hughes had left the game after 61 pitches with a stiff back, and the bullpen did its part to keep the game alive, but a squandered opportunity left the team trailing 3-0 in the series.

On Thursday, hopes of one more World Series berth rested squarely in the glove of ace CC Sabathia. He did not come through. Already trailing 0-2, CC gave up 4 more runs in the 4th inning before being pulled from the game. The Yankees’ bats were silent once more, as they fell 1-8.

Detroit will start the World Series in San Francisco at 8 pm tomorrow night. The Giants, who at one point trailed the Cardinals 1-3 in the NLCS, came back on three consecutive trouncings of St. Louis. They won by a score of 5-0 in Game 5, 6-1 in Game 6, and a resounding 9-0 shutout in Game 7.

Jets Take the Pats to Overtime

The Jets got off to a good start against their most hated rivals, scoring first on a one yard run from Shonn Greene. Unfortunately, that touchdown was immediately matched by a 104 kickoff return by the New England Patriots’ Devin McCourty. That return would set the tone for the next two and a half quarters.

Tight End, Rob Gronkowski put up another TD on a 17 yard pass from Tom Brady to put the Pats up 14-7 in the first quarter.

The second quarter wasn’t any prettier. Though the Patriots’ offense would not score any more points before the end of the first half, a missed connection between Marck Sanchez and Greene led to the QB kicking the ball out of his own end zone, giving New England a safety. Nick Folk nailed a 54 yard field goal in the waning seconds of the half, cutting the Pats’ lead to 16-10.

Folk gave a repeat performance midway through the third, but Gronkowski caught a second touchdown pass to put the Jets back down by 10 entering the final quarter of regulation.

With less than six minutes left, New York began to turn their game around. Sanchez found Dustin Keller for a 7 yard touchdown pass. Folk kicked another FG from 43 yards to tie the game just before the two minute warning, then, thanks to a fumble recovery on the ensuing kickoff, put the Jets up 26-23 with another attempt from the same distance thirty seconds later.

The Patriots’ Stephen Gostkowski took a cue from Folk, kicking his own 43 yarder at the end of the quarter to send the game into overtime. He hit another from 48 out to put his team up 29-26. The Jets looked as though they could keep the game alive, if not win it, but a fumble by Sanchez put the ball back in New England’s hands and ended the game.

Despite the loss and the fumble, the Jet’s QB looked significantly sharper than he has through most this season.  He threw for 328 yards with a TD, one pick, and a 68.3% completion rate. Kerley and Keller were his most effective weapons, both catching 7 passes for a combined 213 yards and the Keller touchdown.

The Jets will play the Dolphins at 1 o’clock on Sunday.

Eli Leads Another Comeback for the Giants

There’s something that can be said about intense division rivalries—even when a reining Super Bowl champion is paired against a .500 team, you can expect both sides to give it their all. This Sunday’s game between the Giants and the Redskins highlighted just how intense long standing contentions can be; it was as back-and-forth as they come.

Washington racked up the first points on a Kai Forbath field goal from 20 yards out late in the first quarter. The Giants would respond with a 1 yard rushing touchdown from Andre Brown in the 2nd to go up 7-3, however, the Redskins retook the lead four minutes later on a 26 yard pass from Robert Griffin III to Santana Moss.

One more Kai FG and a pair from Lawrence Tynes brought the first half to a close with a 13-13 draw. That score would hold through a scoreless 3rd quarter.

New York was able to retake the lead on a 1 yard rushing touchdown—this time from Ahmad Bradshaw—but ceded it on one last field goal from Kai and another Griffin-Moss connection in the end zone with only 1:32 left on the clock.

Not to be outdone in what has become his favorite quarter, Eli Manning reclaimed the game with expediency, picking up a touchdown on a 77 yard pass play to Victor Cruz in under 20 seconds of game time. Chase Blackburn forced Moss to fumble in the ensuing Skins’ possession, ending the game.

Despite two touchdowns, the Giants’ running game was not particularly impressive this week. Bradshaw led the charge with 43 yards on 12 carries, with Brown following on 17 yards over five carries. Manning threw two interceptions, but also put up 337 yards in completing 26 of 40 attempts (131 of those yards belonging to Cruz).

On the defensive side of the ball, the G-men allowed 480 total yards of offense, but made up for it with several big plays. They recovered three fumbles and picked off RG3, even managing to sack the highly mobile QB three times.

The Giants have another division game against the Cowboys, to whom they lost in the season opener, next Sunday at 4:25 pm.

Are you a fan of New York sports? Tell us about it below or start a conversation on the Sports Forum!