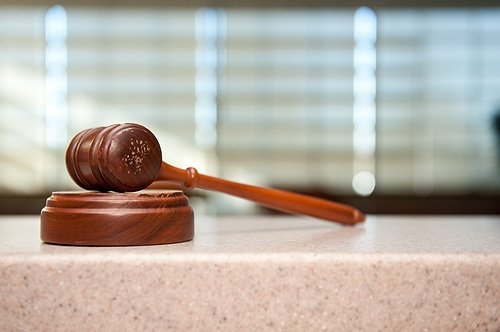 Darrell Fuller, 34, of St. Albans, was sentenced today by Nassau County Court Judge Jerald Carter to life in prison without the possibility of parole. Fuller was found guilty in July by a Nassau jury of two counts of Murder in the 1st Degree (an A felony), one count of Murder in the 2nd Degree (an A felony), two counts of Robbery in the 1st  Degree (a B violent felony) and two counts of Criminal Possession of a Weapon in the 2nd Degree (a C violent felony) after deliberating for five hours over the course of two days at the conclusion of an eight-week trial.

“These two victims represented the best of our society. Detective Lopez was killed in the line of duty doing what he loved:  protecting and serving others, often with a welcoming smile on his face. Raymond Facey was killed while on the phone with his daughter, fulfilling his role to his last day as a patriarch of a tight-knit family,” DA Rice said. “While nothing that happened in court today can fill the incredible void that these two brave and graceful families feel, I hope that today’s sentence will offer them some solace that justice was served.”

On Oct. 23, 2012 at 11 a.m., Lopez, 29, an eight-year veteran of the force, and his partner observed a car driven by Fuller leave the scene of an accident on Northern Boulevard near the Cross Island Parkway in Queens.

After a pursuit southbound along the Cross Island Parkway, Fuller’s car exited the parkway and came to a stop on 241st Street near Jamaica Avenue. Detective Lopez then approached Fuller, who was standing outside his vehicle. Fuller shot Detective Lopez at close range in the chest. Detective Lopez was then transported to Long Island Jewish Hospital where he was pronounced dead.

Fuller got back into his vehicle and returned to the parkway, where he came upon a vehicle parked on the shoulder of the roadway with Facey, 51, of Brooklyn, alone inside. Fuller shot Facey twice in the face and head through the driver’s side window and then fled in Facey’s vehicle before abandoning it in a Queens neighborhood. Facey was later pronounced dead at the scene.

Fuller was apprehended later that night on 111th Avenue near 173rd Street in Queens, where he was found by police with two non-life threatening gunshot wounds.

Photo by creatioc via Free Images