Jonathan Mack was apprehended after the deadly June 30 shooting. 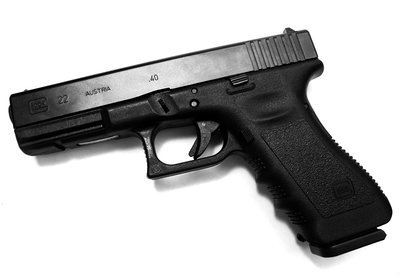 Police have arrested the man allegedly responsible for the June 30 shooting outside a church in Uniondale that claimed the life of Isaac Andrews.

Officials said that 19-year-old Jonathan Mack of Roosevelt got into an argument with Andrews, 34 of Uniondale, on the morning of June 30 outside the Tabernacle of Joy Church on Hill Avenue in Uniondale. After the argument escalated, Mack allegedly took out a handgun and fatally shot Andrews.

Andrews was taken to Nassau University Medical Center in East Meadow, where he was pronounced dead.

The shooting happened just steps from the church, which was holding Sunday services at the time. After the murder, an emergency meeting was held at the church by police and community leaders to help stop violence in the neighborhood.

Police identified Mack as the shooter on July 1. They had been actively seeking him, and asking for help from the public for any information regarding his whereabouts.

He was finally arrested on July 30 in Bradenton, Fla. as an out-of-state fugitive by the Manatee County Sherriff’s Office. According to the Examiner, Mack was living in an apartment complex in Bradenton at the time of his arrest.

According to police, Mack was obtained after a Nassau County Crime Stoppers tip helped lead their investigation to Bradenton.

Mack, who was represented by a public defender, waived his right to extradition when he appeared in court on August 1. Mack is currently back in New York, and is being held at the Nassau County Police Detention Facility in Mineola.

Mack was scheduled for arraignment on August 16 at Nassau First District Court in Hempstead, and is facing 2nd degree murder charges.