Dragons Will be Roaring in Port Jefferson! 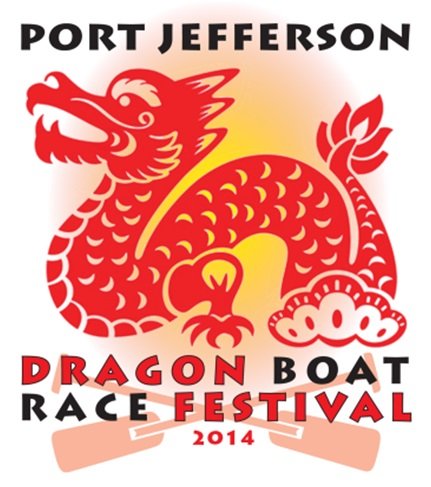 Port Jefferson, NY - September 5, 2014 - For those who have never seen a dragon boat race, you’re in for a treat. Dragon boat races - a modern sport with ancient traditions dating back over 2000 years - are visually-spectacular, exciting events that are held throughout the world. Thanks to the Greater Port Jefferson Chamber of Commerce, Suffolk County’s first Dragon Boat Race Festival will be held on Saturday, September 20th from 9am-7pm at Harborfront Park, Centennial Park and the east shoreline of the inner Port Jefferson Harbor.

The race consists of 4 dragon boats with 15-20 teams competing in a 300 meter race course. Each team is composed of 20 paddlers, one steersman and 1 drummer.  Heats will run all day, culminating in an awards ceremony late afternoon.  The High Five Dragon Boat Company will be providing the dragon boats. All race teams will have their own encampment along Harborfront Park as they queue up for their races. The opening ceremonies will feature ribbon cuttings and a blessing of the fleet, incorporating the traditional “Eye Dotting Ceremony” where local dignitaries dot the protruding eyes of the dragons carved on the boats to “awaken the beast.”

Aside from the races there will be a day long festival comprised of live music and dance, Asian vendors, children’s workshops and succulent foods from various Asian countries including Chinese pastries, bubble tea, bubble cakes and Banh Mi (Vietnamese sandwiches).  One of the main attractions is a performance by the Asian rock band HsuNami which will follow the closing award ceremonies where the winning teams will receive their medals and plaques.

“Port Jefferson Village lends itself perfectly to this kind of event,” says Barbara Ransome, director of operations for the Chamber of Commerce who came up with idea after attending a similar event in Cape May, NJ. “We have the deep water inner harbor and a superb harborfront park. Judging by the response so far, a lot of Long Islanders share our enthusiasm for this festival!”